Samsung Galaxy A21s is reported to be priced at around EUR 200. 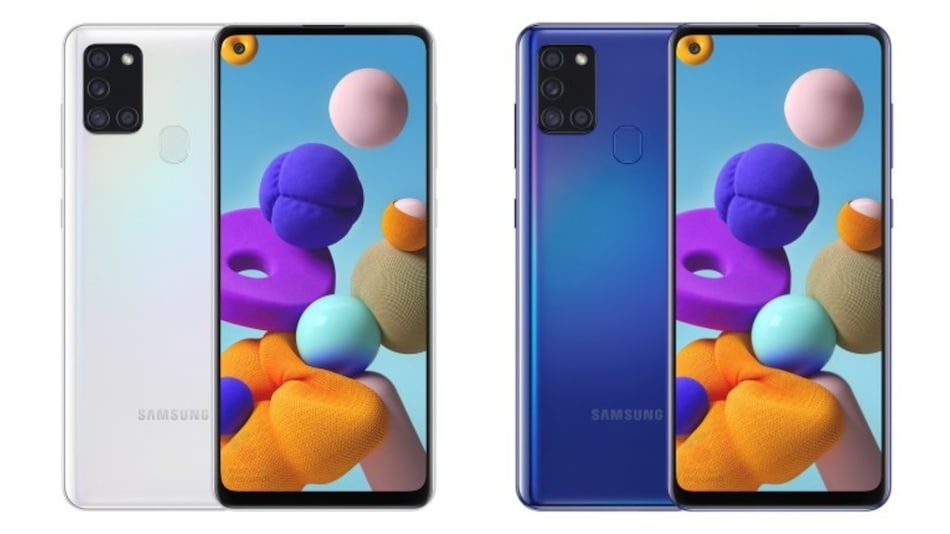 Samsung Galaxy A21s has leaked on several occasions in the past, and now a fresh leak brings multiple renders that suggest colour options and design details. The price of the Galaxy A21s has also been tipped, alongside its possible availability details. The leak suggests that the Samsung Galaxy A21s may carry a hole-punch display with the cutout placed on the top-left corner of the screen. There will be four cameras at the back alongside a fingerprint sensor.

According to a report by WinFuture, Samsung Galaxy A21s will be priced starting at EUR 199 (roughly Rs. 16,200) or EUR 209 (roughly Rs. 17,100). The storage models are said start at 32GB, and availability is expected sometime around end of this month itself. The publication has also shared multiple renders of the phone in white, black, and blue colours. The leaked renders show a gradient back panel finish and volume and power buttons are placed on the right edge of the screen. The four cameras at the back are placed in an L-shaped manner inside a rectangular-shaped camera module positioned in the top-left corner of the back panel.

As for specifications, the Samsung Galaxy A21s is tipped to run on Android 10 and feature a 6.5-inch HD+ (720x1,600 pixels) PLS TFT display. It is reported to be powered by the Samsung Exynos 850 octa-core SoC, paired with 3GB RAM. Internal storage options may include 32GB and 64GB with the option to expand storage further using a microSD card.