Samsung Galaxy A21s with quad rear cameras and a 5,000mAh battery was first unveiled in the UK in May. 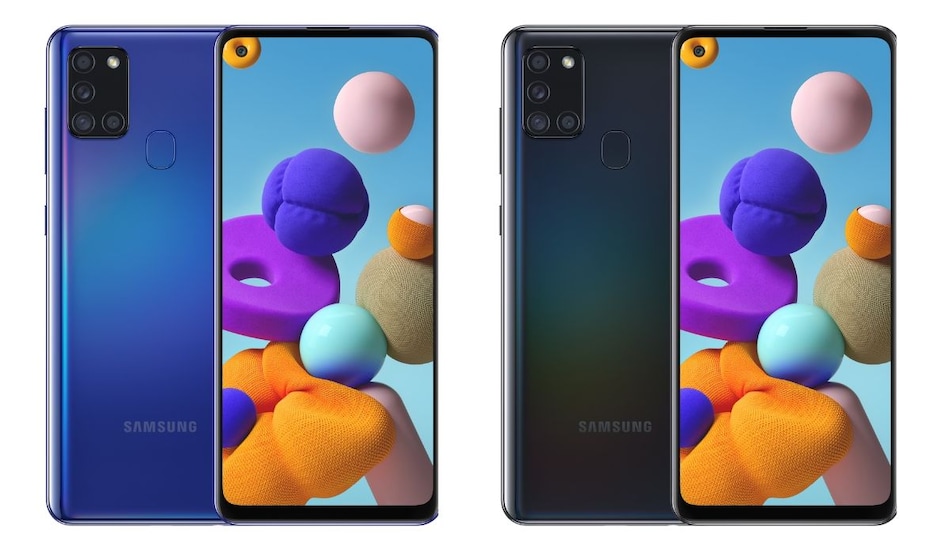 Samsung Galaxy A21s will debut in India on June 17, the company announced today on Twitter. The Galaxy A21s was first unveiled in the UK last month, as a new addition to Samsung's budget A series. The smartphone carries quad rear cameras, octa-core processor, and 5,000mAh battery. The smartphone is offered in three colour options and comes with features such as face recognition and 15W fast charging support. It also has a fingerprint sensor at the back.

The tweet by Samsung posted on Monday does not reveal the pricing of the upcoming Galaxy A21s, however it was launched in the UK for GBP 179 (roughly Rs. 17,000).

It is also unclear whether the Galaxy A21s will go on sale in the country on the same day of the launch and more shall be known after the launch on June 17. The colour options for the phone include Black, Blue, and White.

Awesomeness that goes on and on! The new Samsung #GalaxyA21s is coming your way. Follow this space to know more. #Samsung pic.twitter.com/YOuShYFeIF

The Samsung Galaxy A21s that was launched in the UK features a 6.5-inch HD+ (720X1,600 pixels) Infinity-O Display with 20:9 aspect ratio. It runs Android 10 with One UI on top. The smartphone is powered by an unnamed octa-core (two quad cores clocked at 2.0GHz each) processor, coupled with 3GB of RAM and 32GB of inbuilt storage. The internal storage on the phone is expandable via a microSD card (up to 512GB).