Samsung Galaxy A21 has 13-megapixel selfie shooter, housed in a hole-punch design. 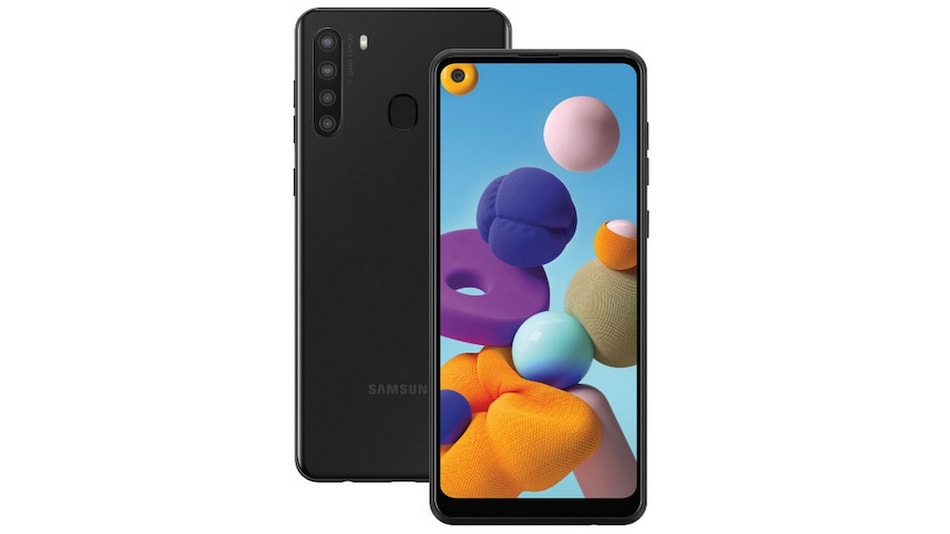 Samsung Galaxy A21 comes in a black colour variant

Samsung Galaxy A21, a mid-range Galaxy A-series smartphone, has been launched in the US market. The phone boasts of a quad rear camera setup and 4,000mAh battery. The bezels on all sides of the phone are relatively thick but Samsung has used its Infinity-O display for more screen real estate. The Galaxy A21 has been previously spotted in renders and in Geekbench listings but now, Samsung has finally made it official. As of now, the Galaxy A21 has only been launched in the US.

Samsung Galaxy A21 price is set at $249 (roughly Rs. 18,900) for the lone 3GB + 32GB variant. It is possible that Samsung will add more storage variants on a later date but nothing is official right now. There is only one colour option for the smartphone as well - Black.

The Galaxy A21 will go on sale in the US this summer and pricing and availability for international markets has not be disclosed as of yet.

The Samsung Galaxy A21 comes with a 6.5-inch HD+ Infinity-O display. Samsung has not specified the processor present in the phone. The company does, however, state that the Galaxy A21 has four cameras on the back with the primary being a 16-megapixel sensor, accompanied by an 8-megapixel sensor with an ultra-wide-angle lens, a 2-megapixel macro camera, and a 2-megapixel depth sensor. On the front, a 13-megapixel selfie shooter is placed in the hole-punch located in the top left corner of the screen.

Among other specifications, Samsung Galaxy A21 packs 32GB of onboard storage that can be expanded via a microSD card (up to 512GB). The phone has 4,000mAh battery with support for 15W fast charging, as well as a rear mounted fingerprint sensor.

Although Samsung hasn't revealed the Android version and the processor in the phone, the alleged Geekbench listings for the phone had indicated that it will pack the octa-core MediaTek Helio P35 (MT6765V) SoC and run on Android 10.