Samsung Galaxy A13 is expected to launch both in 4G and 5G variants. 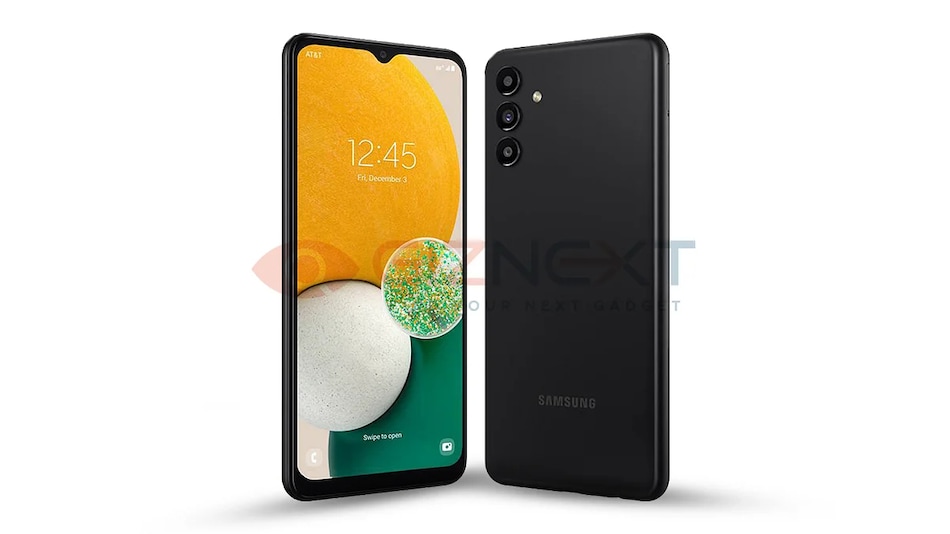 Samsung Galaxy A13 may sport an 8-megapixel selfie shooter

Samsung Galaxy A13 launch seems to finally be around the corner as official-looking renders of the handset have surfaced online, indicating some key specifications and design details. The upcoming Samsung A-series smartphone is said to launch both in 4G and 5G variants. The leaked renders show the device in Black colour and suggest a new design compared to its predecessor, the Galaxy A12, which made its global debut in November 2020. The renders of Galaxy A13 show a waterdrop-style notch display at the front to house an 8-megapixel selfie shooter. Other previously tipped specifications include a triple rear camera unit with a 50-megapixel main sensor.

As per the renders shared by GizNext, Samsung Galaxy A13 is seen to have a waterdrop-style notch display and a Black back panel. The triple rear cameras are arranged vertically, one after the other, on the upper left corner of the handset. The build material of the handset is being speculated to be plastic. The renders also show that the right spine of the handset has the power and volume buttons, while the left spine has a SIM card tray. The power key is said to integrate a fingerprint scanner for authentication.

Samsung Galaxy A13 specifications have been leaked on multiple occasions in the past. The phone is said to launch both in 4G and 5G versions and is expected to come in Black, Blue, Orange, and White colours. Past leaks also suggest the presence of a MediaTek Dimensity 700 SoC on the phone. It is tipped to sport a 6.48-inch full-HD+ LCD display and feature three RAM and storage configurations — 4GB + 64GB, 6GB + 128GB, and 8GB + 128GB.