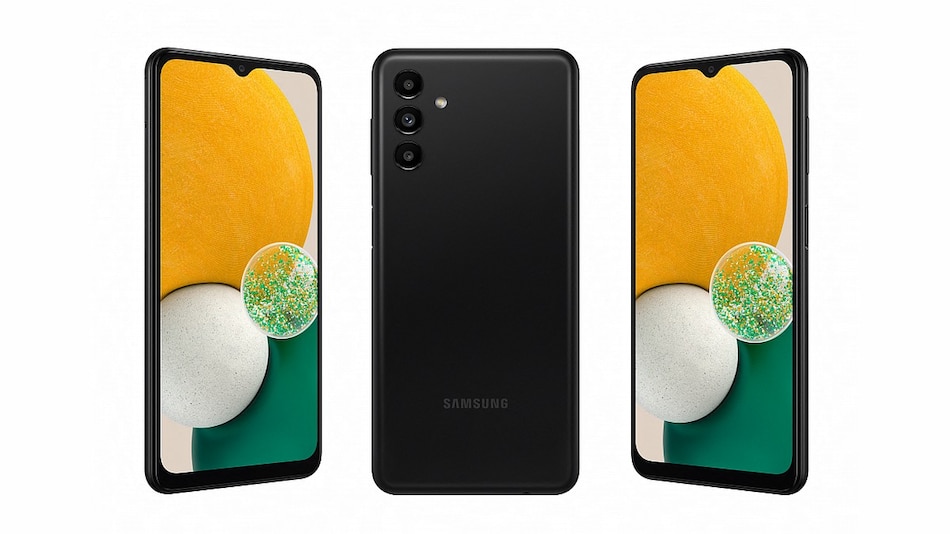 Samsung Galaxy A13 5G was launched in the US on Wednesday, marking the debut of the company's most affordable 5G smartphone. Available both as a SIM-unlocked handset and via carriers in the US, Samsung Galaxy A13 5G offers features like a 6.5-inch HD+ display with a 90Hz refresh rate and a 5,000mAh battery with 15W fast charging. The smartphone is powered by a MediaTek Dimensity SoC and comes with a 50-megapixel triple camera setup. The device runs on Android 11 with Samsung's One UI skin on top.

There's no word on the Samsung Galaxy A13 5G's India availability yet.

Samsung Galaxy A13 5G is powered by an octa-core MediaTek Dimensity 700, paired with 4GB of RAM and 64GB of storage that can be expanded (up to 1TB) via a microSD card. The smartphone sports a 6.5-inch Infinity-V (720x1,600 pixels) HD+ display with a 90Hz adaptive refresh rate. Samsung Galaxy A13 5G features a side-mounted fingerprint sensor and the smartphone runs on the company's One UI custom skin, which is based on Android 11, along with Samsung's proprietary Knox security features.