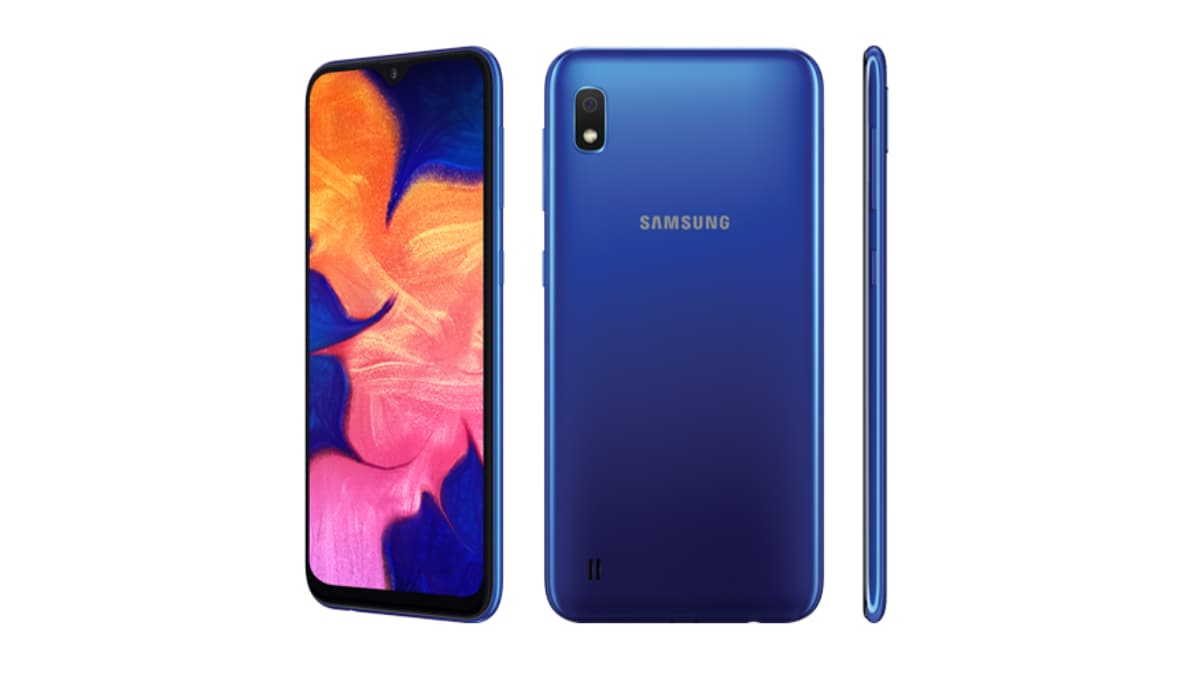 The Samsung Galaxy A10e price starts at $179.99 (roughly Rs. 12,500). The phone has been announced with a lone 32GB storage option. Moreover, details about the global availability and pricing of the Galaxy A10e are yet to be revealed.

To recall, the Galaxy A10 was launched in India back in late February with a price tag of Rs. 8,490, though it currently retails at Rs. 7,990. It went on sale following the availability of the Galaxy A30 and Galaxy A50 models in March.

The Galaxy A50 was launched in India alongside the Galaxy A30 and Galaxy A10 with a starting price of Rs. 19,990. The Galaxy A20, on the other hand, debuted in the Indian market in April and is presently available at Rs. 11,490.

Samsung hasn't detailed the complete specifications of the Galaxy A10e yet. However, the official press release mentions that the phone features a 5.83-inch Infinity-V Display. The Galaxy A10e also sports an 8-megapixel sensor at the back and packs a 3,000mAh battery. Furthermore, the phone has 32GB of onboard storage.

While Samsung hasn't confirmed the SoC and operating system available on the Galaxy A10e. A Geekbench listing recently suggested that the phone runs Android 9 Pie with One UI and is powered by an Exynos 7884 SoC, paired with 2GB RAM.

Last month, the Samsung Galaxy A-series smartphones in India surpassed the mark of five million sales in just 70 days of their launch. The South Korean giant is also targeting to make its Galaxy A series a $4-billion (roughly Rs. 27,796 crores) brand in the Indian market.