The Samsung Galaxy A04 was also reportedly spotted on the BIS certification website alongside the NBTC database. 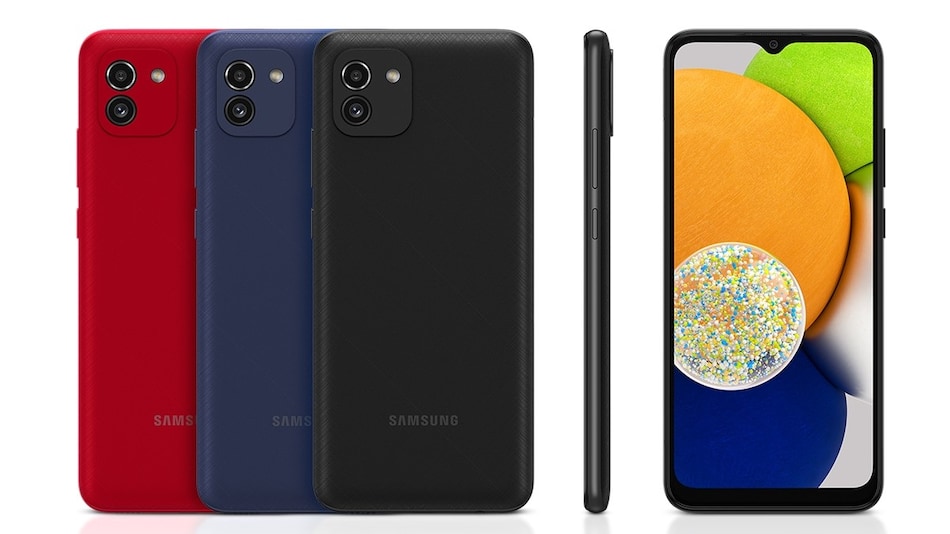 Samsung Galaxy A04 has been reportedly spotted on Thailand's National Broadcasting and Telecommunications Commission (NBTC) database, hinting at an imminent launch. The purported Samsung Galaxy A-series smartphone has appeared with model number SM-A045F/DS. Alongside the NBTC listing, the handset has cleared BIS certification as well. The listing, however, does not reveal any further specifications or features of the upcoming smartphone. In addition to this, it was also spotted on the US Federal Communications Commission (FCC) recently, hinting that the smartphone will pack a 4,900mAh battery.

In the NBTC listing, spotted by MySmartPrice, a Samsung phone is seen with model number SM-A045F/DS. However, the report says that the NBTC listing does not reveal any information regarding the Samsung Galaxy A04 specifications or features, as mentioned above. The report further mentions that the smartphone was also spotted on the BIS certification website.

The Samsung Galaxy A04 smartphone was also recently spotted on the FCC listing, revealing that the upcoming smartphone will get a 4,900mAh battery. The bundled charger reportedly listed along with the phone carries model number EP-TA20JWE, which corresponds to support 15W fast charging. The smartphone could also offer Wi-Fi connectivity with 2.4GHz and 5GHz bands.

The Samsung Galaxy A04 could debut as a successor to the Samsung Galaxy A03, which was launched earlier this year. It was priced in India at Rs. 10,499 for the sole 3GB RAM + 32GB storage variant. On the other hand, the top-end model with 4GB RAM + 64GB storage has been priced at Rs. 11,999. The smartphone is offered in Black, Blue, and Red colour options.

Besides this, the alleged marketing images of the Galaxy A04 were also leaked online last month. The leaked images show a design similar to its predecessor with a slightly different pattern around the camera module and three distinct colour options.