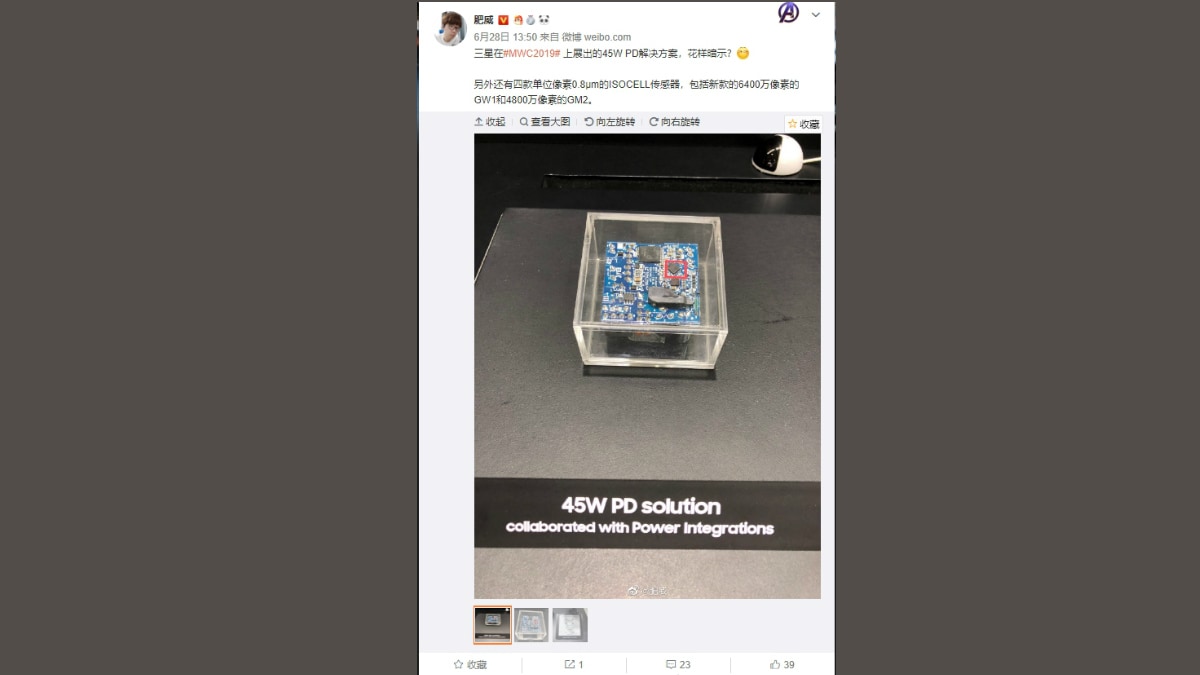 MyDriver reports out of China that Samsung has put up its 45W fast charging chip on display at MWC Shanghai. The report shares a photo of the chip shared by a MWC visitor in Shanghai. Samsung's latest technology will compete with Oppo's 50W Super VOOC fast charging solution.