The new LPDDR5 DRAM is touted to be 1.3 times faster than its predecessor. 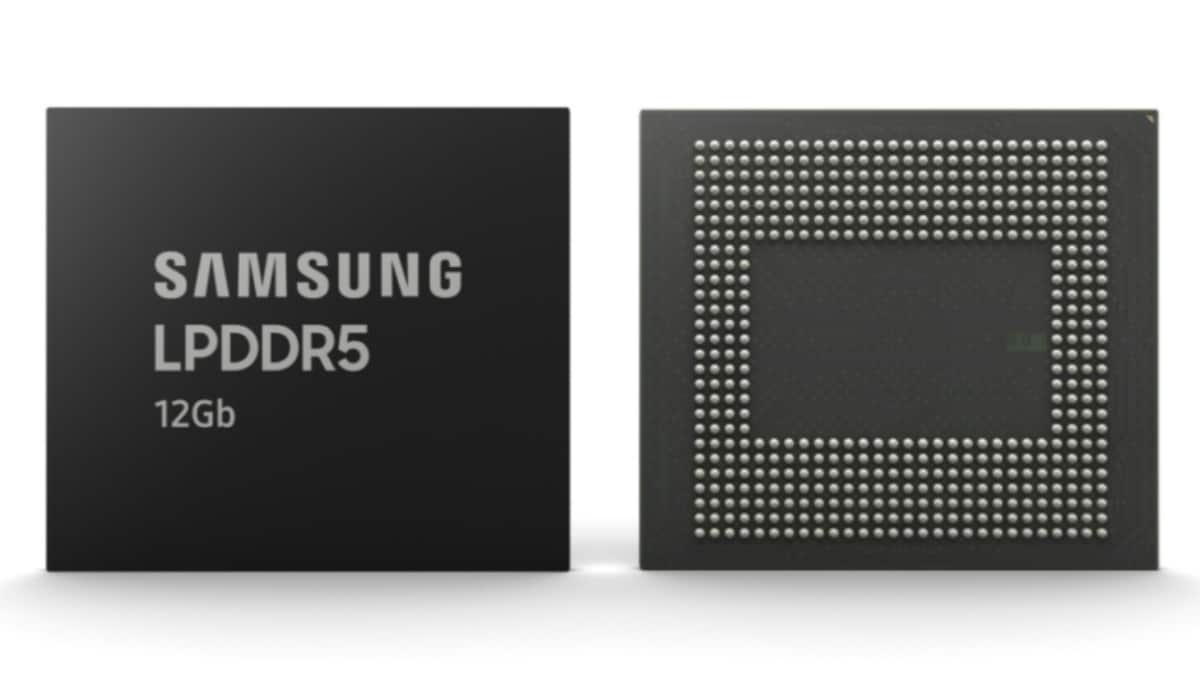 Samsung on Thursday announced that it has started mass-producing the first 12-gigabit (Gb) LPDDR5 mobile DRAM. The new DRAM is touted to enable 5G and AI features in future smartphones. Later this month, the South Korean company is also set to start mass-producing its 12GB LPDDR5 RAM for smartphones -- combining eight of the newly designed 12Gb chips. The new 12GB RAM could initially be part of the Samsung Galaxy Note 10, though it will reach premium smartphones by other manufacturers at a later stage as well.

The new chip is claimed to deliver a data rate of 5,500Mbps -- 1.3 times faster than the previous mobile memory (LPDDR4X) that offered 4,266Mbps. Also, it is touted to consume up to 30 percent less power than the predecessor by using a new circuit design along with enhanced clocking, training, and low-power feature.

Samsung says in a press release that depending on the demand from global customers, it is planning to transfer the production of its 12Gb LPDDR5 mobile DRAM to its Pyeongtaek campus in South Korea starting next year. The company has also suggested that it would bring a 16Gb LPDDR5 DRAM next year to keep its competitive edge.

That being said, the mass production of the all-new 12Gb LPDDR5 is likely to set the stage for the Samsung Galaxy Note 10 that is launching on August 7. The company would essentially offer 12GB LPDDR5 RAM on its phablet by combining eight of its new chips to offer an enhanced user experience.

In the recent past, manufacturers such as Asus and OnePlus have used 12GB LPDRR4X RAM chips on their flagships. Samsung, however, hasn't yet brought any of its smartphones with that large-capacity memory.