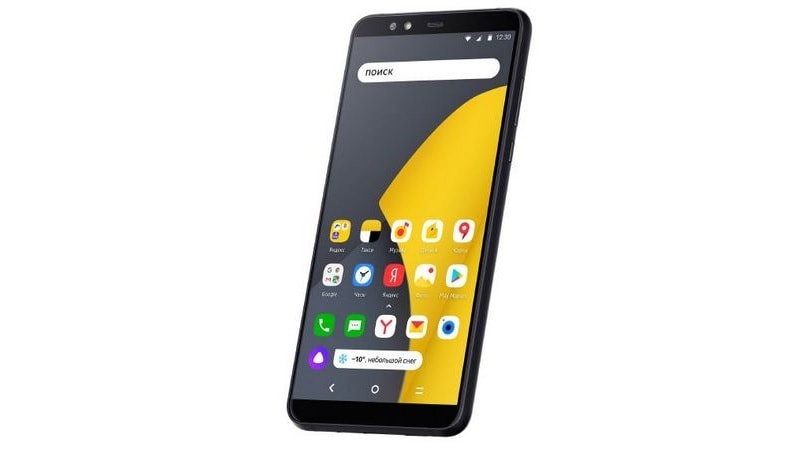 The company behind the most widely used search engine in Russia and the ex-Soviet region has recently diversified to defend its market share against Google, creating popular phone apps to order taxis and takeaway food.

The new smartphone, called Yandex.Phone, will go on sale on Thursday in Russia and also online. It will cost RUB 17,990 ($269 or roughly Rs. 19,000) and will work with the Android system.

While the design was created by Yandex, the phone is made in China.

Yandex's various apps for payment, music, maps, taxi and food are pre-installed on the phone, which will also use a smart speaker called Alice (Alisa in Russian), which is similar to Amazon's Alexa.

"We built Yandex.Phone to offer Russian users a smartphone that is equipped with all the localized tools that help users better navigate their daily routines," Yandex official Fyodor Yezhov was quoted as saying in a press release.

"Within the smartphone, the Yandex apps are presented in the form of an ecosystem with Alice at its centre. It's not necessary to open individual apps to solve a task - just ask Alice."

The phone signals a major new phase in Yandex's development and is designed to rival giants like Apple, Samsung, and Huawei.

Yandex started in the 1990s as a search engine similar to Google but has since expanded into every corner of the Russian Internet with apps that Russians use every day.

The smartphone's launch comes after the company last month disappointed tech enthusiasts by summoning journalists to what turned out to be a presentation not of the smartphone but of its smart speaker.

The Yandex smartphone is not the first to be developed by a Russian company.

In 2013 the YotaPhone, designed in Russia but also made in China, was launched with the gimmick of having screens on both sides. However it failed to set the market alight.

This time the company behind the smartphone has much more clout. It is listed on the New York Stock Exchange and is renowned for its creative flair.