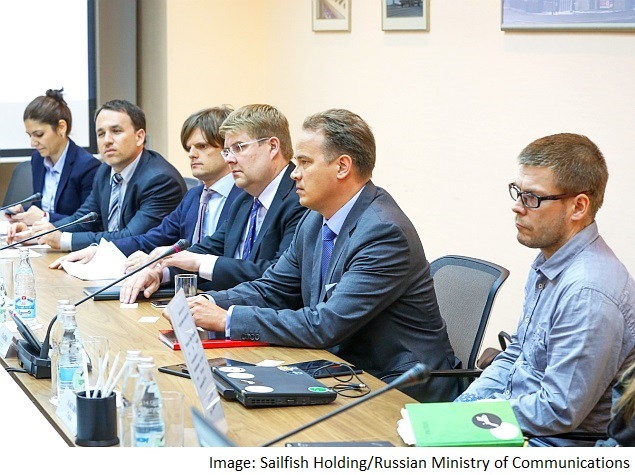 Following the Edward Snowden revelations that showed the level of surveillance carried out by spy agencies NSA and GCHQ, several countries have been looking to reduce their dependence on Google's Android and Apple's iOS software, with the fear of backdoors installed by the US government.

Russia has been quite vocal about this influence of 'Western technology' in the past, and now the country's Minister of Communications and Mass Media, Nikolai Nikiforov says Russia is preparing its own customised mobile OS. The new operating system will be a forked version of Jolla's open-source operating system, Sailfish OS.

Tweeting out the country's intentions on Friday, Nikiforov says the new OS is planned to replace Apple's iOS and Google's Android OS platforms with the customised version of Sailfish OS. He also points to the Finnish, Russian, and Chinese roots of Jolla, and calls on India, Brazil, and South Africa to adopt the new platform. The Jolla staff is said to have met the Russian minister earlier this month to discuss the establishment of the new OS, as per a Russian daily RBC.

Nikiforov was reported saying that he wants Russia to lessen its dependency on 'foreign technology' in mobile operating systems over the next decade to 50 percent in 2025, down from the current 95 percent use of Android and iOS in the country. Moreover, creating a mobile OS in-house would increase the reliability of the OS as it would stay away from the reach of NSA. The move by Russia comes after Apple and SAP's refusal to disclose the source codes of their software when asked by Nikiforov. The source codes were asked for with the aim to check whether the US government has any backdoor access or security flaws in the OS or not. Russia has also been pushing for industry independence with tightening sanctions over its annexation of Crimea last year.

Notably, the Sailfish OS currently has a penetration of a mere 0.5 percent in Russia, below Microsoft and BlackBerry mobile OSes. Furthermore, Russia might also find it difficult to bring more users to its own version of Sailfish OS and increase the traction in the market dominated mainly by iOS and Android. Russia has already started paying local developers to bring their popular apps to the proposed OS, notes TechCrunch, which points to another tweet by Nikiforov in February indicating developers were being given grants to port their applications to Samsung's Tizen OS and Sailfish OS.