RIM CEO says "nothing wrong" with the BlackBerry maker 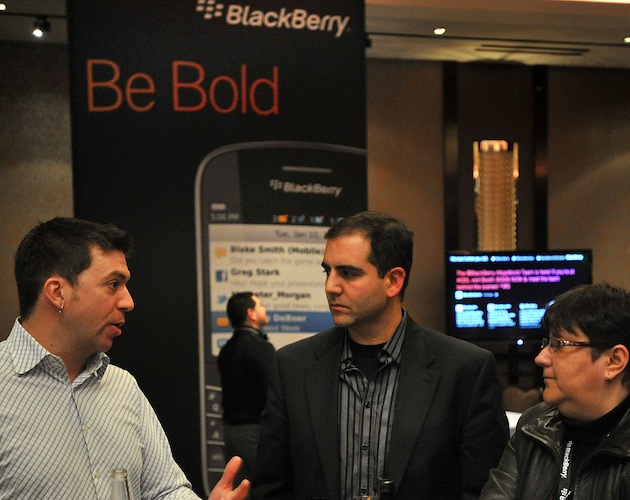 Research In Motion Ltd Chief Executive Thorsten Heins said on Tuesday there is nothing wrong with the company as it exists now, denying the maker of BlackBerry smartphones is in a "death spiral". (See: BlackBerry maker's Waterloo moment)

In a radio interview with Canadian Broadcasting Corp, Heins said Waterloo, Ontario-based RIM is facing very big challenges but would emerge successfully from the transition it is going through.

"There's nothing wrong with the company as it exists right now," Heins said on CBC's Metro Morning, a local radio program in Toronto.

Heins denied RIM's future is in doubt because it has delayed the launch of its next-generation BlackBerry 10 phones, a make-or-break product for the company, until next year. The delay has been seen as a devastating setback for the once-dominant smartphone company whose sales have been crumbling. (See: RIM to cut 5,000 jobs, delay BlackBerry 10 phones)

"This company is not ignoring the world out there, nor is it in a death spiral," Heins told the CBC.

"Yes, it is very, very challenged at the moment - specifically in the U.S. market. The way I would describe it: we're in the middle of a transition," he said. "All that is in the making, it's in the works. This company is in the middle of it and I'm positive we will emerge successfully from that transition."

RIM announced a steeper-than-expected quarterly operating loss and deep job cuts last week, saying its revamped BlackBerry 10 devices would be released early in 2013 instead of late this year and had "proven to be more time-consuming than anticipated".

The delay in releasing the devices - RIM's best hope of stemming its eclipse at the hands of Apple Inc's iPhone and phones using Google Inc's Android software - confirmed the worst fears of analysts and investors.

The size of the loss, RIM's first in eight years, and the likelihood that sales will keep sliding into 2013, may severely reduce the company's options.

RIM's announcement that it would slash 5,000 jobs, or 30 percent of its workforce, reinforced a widely held impression that the company could be in terminal decline.