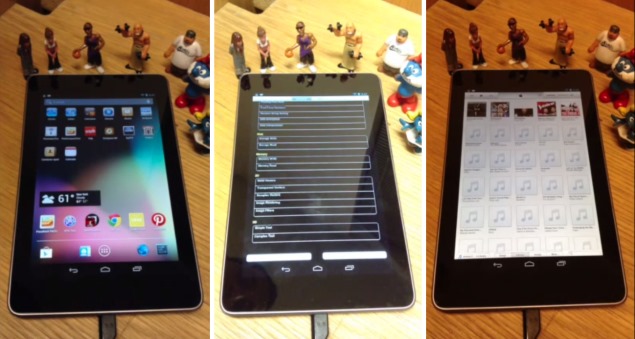 A team of six students at Columbia University has created a software framework for Android that allows simple iOS apps to run as if they were native. The technique tricks Android into believing the apps were designed for it, while creating an environment that the apps can run in stably.

The team used a Google Nexus 7 tablet to demonstrate the technique, referring to Android as the "domestic OS" and iOS the "foreign OS". By intervening between iOS apps and Android's binary app interfaces, the team was able to successfully run various iOS apps side by side with Android apps. Translation occurs for the iOS apps only, without the rest of the system being affected.

Project Cider has its limitations related to app and hardware functionality. It cannot currently translate instructions and interfaces for access to a device's Bluetooth, GPS, cameras and even cellular radios. iOS apps that can still run with these functions turned off will do so. The team intends to continue development work on this project.