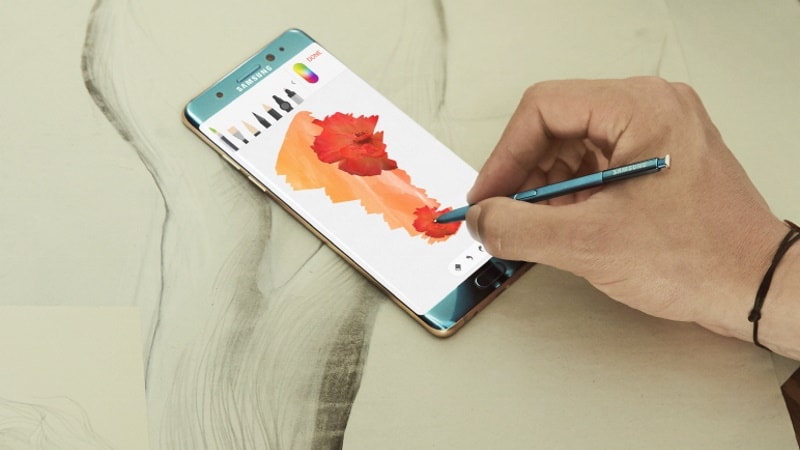 A replacement model of the fire-prone Samsung Galaxy Note 7 smartphone began smoking inside a US plane on Wednesday, the family that owns it said, prompting fresh investigations by the Consumer Product Safety Commission and the Federal Aviation Administration.

A problem with the replacement for the Galaxy Note 7 model would create a new, embarrassing and potentially costly chapter to a global scandal which has hurt Samsung's reputation. It also could add new dangers for consumers.

Indiana passenger Brian Green's phone began emitting smoke inside a Southwest Airlines Co flight to Baltimore from Louisville, Kentucky, his wife Sarah told Reuters after speaking with her husband. She said that Green had replaced the original phone about two weeks ago after getting a text message from Samsung.

Samsung said in a statement it was working to recover the device and to understand the cause. "Until we are able to retrieve the device, we cannot confirm that this incident involves the new Galaxy Note 7," the South Korean company said.

The world's largest smartphone maker announced a global recall of at least 2.5 million of its flagship Galaxy Note 7 smartphones in 10 markets last month due to faulty batteries causing some phones to catch fire.

The US Consumer Product Safety Commission (CPSC) is in touch with the Federal Aviation Administration (FAA), Samsung and the phone's owner to gather facts, Chairman Elliot Kaye said in a statement, reminding consumers that they could get refunds for the troubled model.

The FAA said in a statement that it had confirmed a Samsung phone caused the smoke on the Southwest flight and that it was investigating the incident.

Technology news site The Verge, which earlier reported the incident, quoted Brian Green as saying the phone was a replacement, and it posted a picture taken by him of the packaging. The picture showed an identifying label with a black box, which Samsung has described as the indicator of a replacement phone. A spokeswoman declined to comment on the picture.

Samsung customers in China have reported problems with phones that have the same battery as the global replacement model, but Samsung has said it examined the Chinese phones and found the batteries were not at fault.

Green picked up the new phone at an AT&T Inc store on Sept. 21, the Verge said.

Southwest said the plane was evacuated after a customer reported smoke from a Samsung device. All passengers and crew exited the plane and no injuries were reported, a Southwest Airlines spokesperson said.