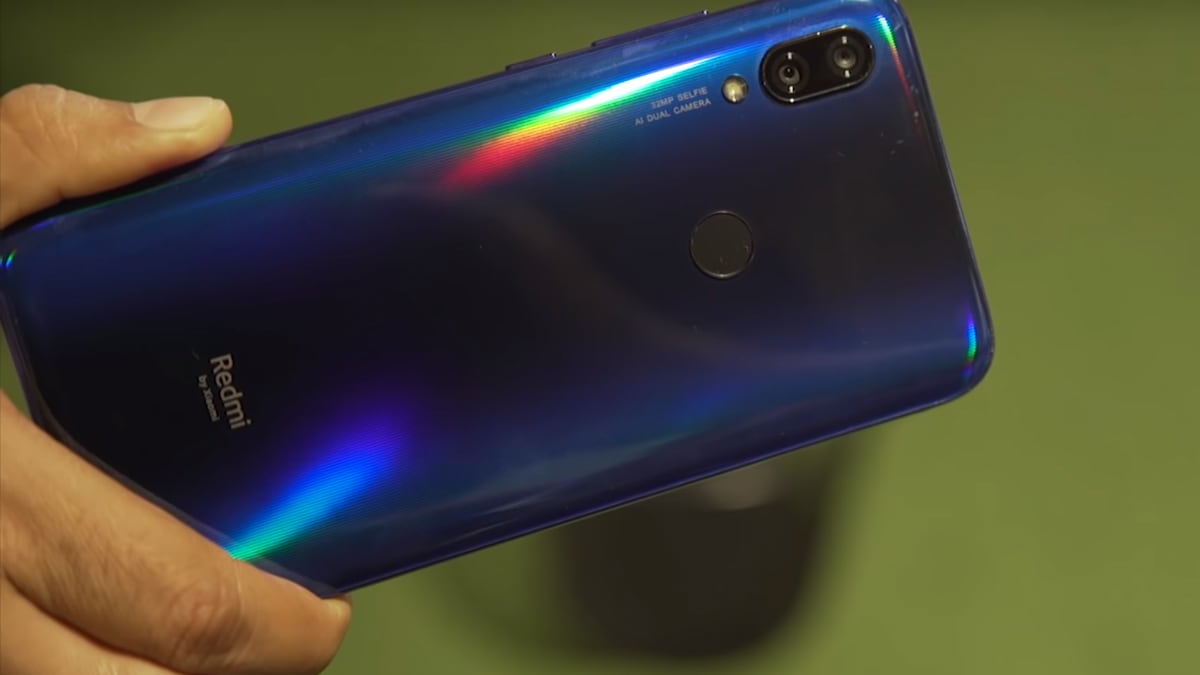 Redmi Y3 has been revealed in full in an official video teaser just days ahead of its formal launch, just ahead of a Geekbench listing that tips some of its specifications. The video confirms that the new Redmi phone will sport a waterdrop-style display notch. This will include the 32-megapixel selfie camera that Xiaomi has already indicated through previous teasers. The Redmi Y3 is also seen with gradient finish and a fingerprint sensor at the back. There is also a dual rear camera setup. The Redmi Y3 launch in India is set for April 24. The phone is also claimed to last longer than a day through its 4,000mAh battery.

Published on Redmi India Twitter account, the latest teaser video showcasing the Redmi Y3 highlights its durability. The phone has been put through a tumble-down-the-stairs "durability challenge" that shows how robust is the phone's build.

There. Dropped it down the stairs. Will you drop your phone like that? #32MPSuperSelfie coming on 24-04-2019 pic.twitter.com/b998mk8JRS

The video also reveals the design of the Redmi Y3. It shows the gradient back panel of the phone as well as the presence of dual rear camera setup. Further, there is a waterdrop-style display notch at the front. The handset also has a thick chin, though it comes with thin bezels on its left and right sides.

Redmi Y3 Specifications Detailed on Geekbench Ahead of Tomorrow's Launch

Additionally, the Redmi Y3 appears to have a fingerprint sensor. The teaser video has given us a glimpse at the interface of the new model as well, which seems to be MIUI 10.

A Geekbench listing tips some specifications, including 3GB RAM, Snapdragon 625 SoC, and Android 9 Pie-based MIUI 10, but, as we cannot verify the authenticity of the listing, we urge readers to take the tipped specifications with a pinch of salt. As we mentioned earlier, Xiaomi is launching the Redmi Y3 at an event in New Delhi on April 24. The phone is already confirmed with a 32-megapixel selfie camera and a 4,000mAh battery.

Alongside the Redmi Y3, Xiaomi is likely to launch the Redmi 7 series in India. The company had launched the Redmi 7 models in China with a 4,000mAh battery, Snapdragon 632 SoC, and up to 4GB RAM in March.