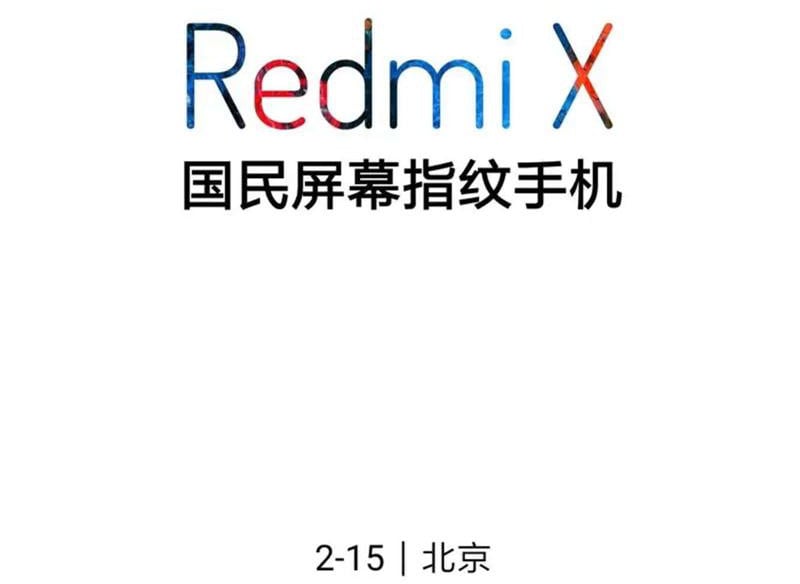 After a false alarm on January 10, the rumoured Redmi X smartphone is now said to be coming on February 15. As per an alleged leaked poster that surfaced on Chinese social media over the weekend, the phone will reportedly include an in-display fingerprint sensor, something that is still rare for Xiaomi or Redmi-branded phones. Although it is claimed that the leaked poster is official, we were unable to independently verify its authenticity. No other specifics of the phone are available at this moment.

The previous leaks about the Redmi X that were floating around before the official launch of Redmi Note 7, had also pointed towards specifications similar to the Redmi Note 7. So, it is a possibility that Redmi X ends up being an upgraded version of Redmi Note 7 with some added new features. Separately, Redmi is also believed to be including some enhancements in the Redmi Note 7 Pro over the vanilla Redmi Note 7.

Since the Redmi Note 7 is yet to make its international debut, although the India head of Xiaomi did tease the phone as “coming soon” last week, it is unclear which of Redmi Note 7, Redmi Note 7 Pro, and Redmi X will end up being releasing outside China and which of these will be exclusive to the country. Hopefully we will get clarity on February 15, when Redmi is seemingly planning to unveil the Redmi X.