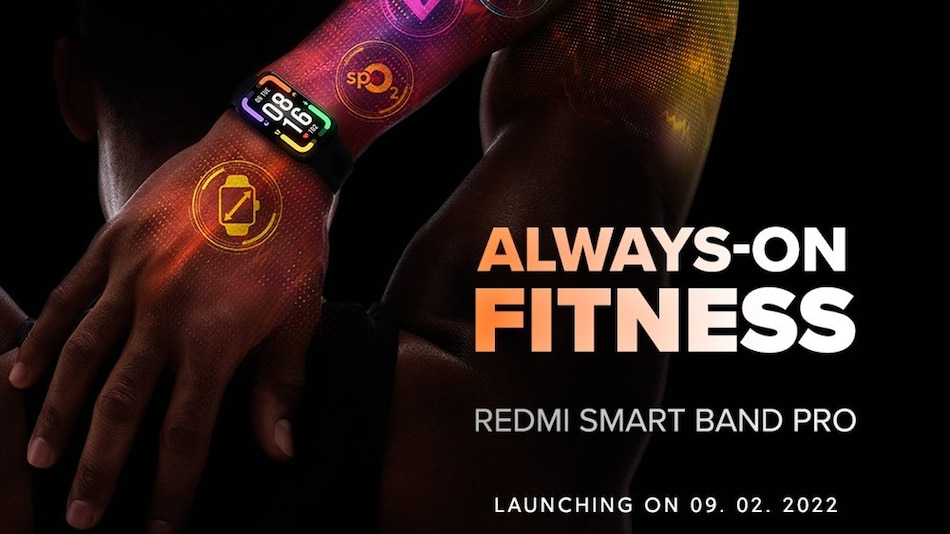 Redmi Smart Band Pro will be launched on February 9

Redmi Smart Band Pro price in India has been leaked, as per a report. The price that surfaced online is said to the MRP which is printed on the wearable's box. The wearable was launched in various markets last year. It comes with a large AMOLED display, features heart rate tracking and blood oxygen saturation level (SpO2) monitoring, and is claimed to deliver up to 14 days of run time on a single charge. Redmi Smart Band Pro will be launched in India alongside Redmi Note 11S and the Redmi Note 11 on February 9.

As per a report by MySmartPrice, the Redmi Smart Band Pro price as seen on a retail box is Rs. 5,999. However, it is expected to be available for purchase at a lower price point initially. The report claims that as a part of an introductory offer, the wearable's price could be Rs. 2,999 in India. Furthermore, it is reported that following its first sale, the smart band could be available for a slightly higher price as compared to the introductory offer. Recently, a report by Xiaomi Central claimed that the launch price of Redmi Smart Band Pro will be either Rs. 3,999 or Rs. 4,499.

As mentioned, Redmi will launch Redmi Smart Band Pro alongside Redmi Note 11S and Redmi Note 11 in India on February 9.

Redmi Smart Band Pro was first unveiled in November last year. It features a 1.47-inch (194x368 pixels) AMOLED touch display. It offers over 110 workout modes, including the likes of outdoor running, treadmill, outdoor walking, outdoor cycling, and more. The wearable packs a six-axis sensor, PPG heart rate sensor, and a light sensor. It is 5ATM certified, supports Bluetooth v5, and is powered by the Apollo 3.5 processor. The Redmi wearable is claimed to offer up to 14 days of typical usage on a single charge and up to 20 days of usage on power saving mode.