Redmi S2 India Launch Teased for June 7, May Be Released as Redmi Y2 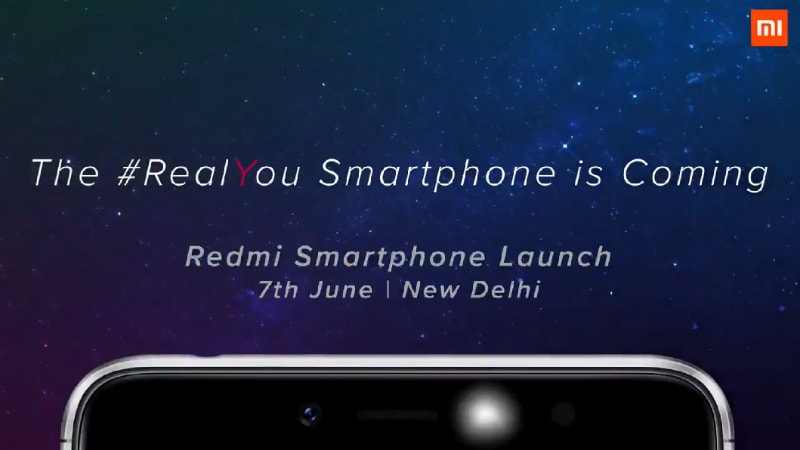 Redmi S2 debuted in China last week as Xiaomi's first smartphone in the Redmi S-Series. And now, it is expected to reach India - as soon as June 7 - not as the Redmi S2 but as the Redmi Y2. Xiaomi has teased the launch of the new Redmi handset through its social media channels in the country. The formal teaser doesn't reveal any details about the model but specifies that the handset will be the "best selfie smartphone". Notably, the Redmi S2 was originally teased as the "best Redmi selfie phone" - thanks to a bunch of artificial intelligence (AI) powered proprietary features and a new front-facing camera sensor that comes in a 2-micron pixel size. The smartphone competes against the likes of the Asus ZenFone Max Pro M1 and Honor 9 Lite.

As per the official teaser video, which was posted by Redmi India Twitter account on Monday, the new Redmi launch is scheduled for June 7 in New Delhi. It focuses on the front camera, and also highlights the front flash - once again matching the Redmi S2. The company is specifically using #FindYourSelfie and #RealYou hashtags and has highlighted the alphabet "Y" in the teaser. All this points to the launch of the Redmi Y2 that is likely to be the successor to the Redmi Y1, which was launched in November with selfie-centric features, including an LED selfie-light.

Instead of bringing an all-new model, Xiaomi is now expected to bring the Redmi S2 to the Indian market as the Redmi Y2. As we said, the Beijing-based company mentioned that the handset will be the "best selfie smartphone". This itself is enough to confirm what's cooking up behind the scenes.

The Xiaomi Redmi S2 with 3GB RAM and 32GB onboard storage comes with a price tag of CNY 999 (approximately Rs. 10,600), while its 4GB RAM/ 64GB storage variant is priced at CNY 1,299 (around Rs. 13,700). Both variants will go on sale in China starting May 17 in Champagne Gold, Platinum Silver, and Rose Gold colour options. India price details about the Redmi S2 aren't revealed yet.

On the specifications front, the dual-SIM (Nano) Redmi S2 runs Android-based MIUI 9 and features a 5.99-inch HD+ (720x1440 pixels) display with a 70.8 percent NTSC colour gamut. The handset is powered by a Snapdragon 625 SoC, coupled with up to 4GB of RAM, and has a dual rear camera setup with a 12-megapixel primary sensor and a 5-megapixel secondary sensor. Further, it has a 16-megapixel sensor on the front with supports features such as AI Portrait Mode, AI Smart Beauty, Front HDR, and Face Unlock. It also features a soft light flash module. There are two storage options - 32GB and 64GB - that both are expandable via microSD card (up to 256GB) via a dedicated slot. Importantly, the Redmi Y1 also has a dedicated microSD card slot to separately give users the space for two SIM cards. The Redmi S2 also has 4G VoLTE, Wi-Fi 802.11 b/g/n, Bluetooth v4.2, GPS/ A-GPS, 3.5mm headphone jack, and Micro-USB port and packs a 3080mAh battery.