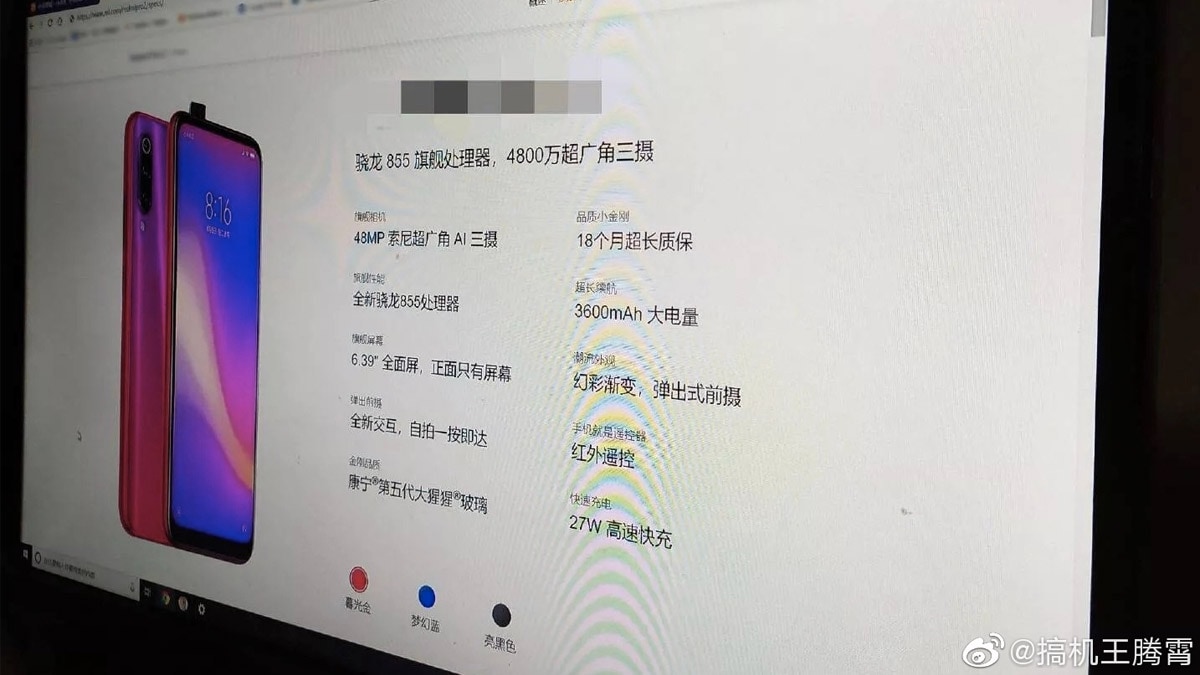 Redmi has been working on a couple of smartphones now, but the one that has leaked out consistently is the flagship device powered by the Qualcomm Snapdragon 855 SoC. While recent rumours tipped it will be called the Redmi K20, there may well be another smartphone in the pipeline called the Redmi Pro 2, if previous leaks are anything to go by. Now, a new leak allegedly tips the specifications of this smartphone, getting us more details. A Chinese leakster posted the alleged specifications sheet revealing that the smartphone will sport a big 6.39-inch display with full-HD+ resolution.

The upcoming Redmi Pro 2 is said to have a design similar to the Redmi Note 7 but does not have a waterdrop notch. Instead, the smartphone has a bigger display without a notch, and employ a pop-up camera for the front camera. The alleged Redmi Pro 2 spec sheet tips that it will have a 20-megapixel pop-up camera. From the image, it appears that the Redmi Pro 2 has thin bezels on the sides but the bottom chin is quite large.

The leaked spec sheet also reveals Corning Gorilla Glass 5 protection for the display which houses an in-display fingerprint sensor. At the back, the phone is rumoured to sport an AI-based triple camera setup with a 48-megapixel main sensor. It is said to pack in a 3,600mAh battery and has support for 27W fast charging. It also has an IR-blaster that is a common sight on most Xiaomi smartphones. Readers should note that we were not able to independently verify the leak's claims, and thus should take all the information with a pinch of salt.

We have recently seen leaks that suggested that the upcoming Redmi flagship smartphone duo could be called the Redmi K20 and Redmi K20 Pro, and Redmi General Manager Lu Weibing has also teased that name as one of the options ahead of the name reveal on Tuesday, May 14. Thus, if the Redmi Pro 2 leak is indeed accurate, it may be that Xiaomi has more than two Redmi flagship smartphones in the pipeline. We'll just have to wait and see.

To recall, the Redmi Pro 2 had been leaked in the past but was also refuted by Redmi's General Manager Lu Weibing.