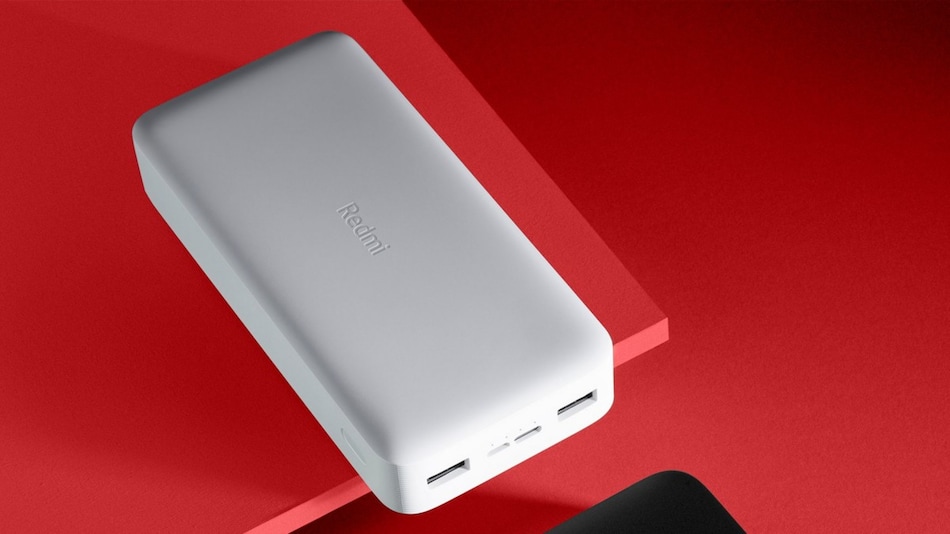 Redmi has today launched a pair of Redmi-branded power banks in India. Simply called the Redmi Power Bank, it comes in two variants – 10,000mAh and 20,000mAh capacity. The cheaper 10,000mAh model maxes out at 10W charging speed, while the more capacious 20,000mAh variant goes up to 18W. Both the new Redmi power banks come in identical black and white colour options and feature dual input/ output ports for both USB Type-A and USB Type-C interface. The device also comes with support for two-way fast charging and has 12-layer circuit protection in place.

Starting with the design, both variants of the Redmi power bank have an identical blocky build that has straight lines running alongside the edges for a better grip. It has dual USB Type-A input ports, a Micro-USB output port, and a USB Type-C output port. The Redmi Power Bank 10,000mAh variant peaks at 10W, while the 20,000mAh version delivers up to 18W fast charging output.

The charging accessory is claimed to employ a 12-layer circuit protection hardware and has lithium polymer batteries, which are claimed to be safer and more efficient compared to Li-ion batteries. Notably, the Redmi power bank offers two-way fast charging support, which means it can be charged while also simultaneously charging another device. Moreover, there is also a low-power mode that can be activated by double-tapping the power button to charge devices like a Bluetooth headset or a fitness band.