Redmi Note 9 Series Confirmed to Launch in China on November 26, Three Models in the Offing 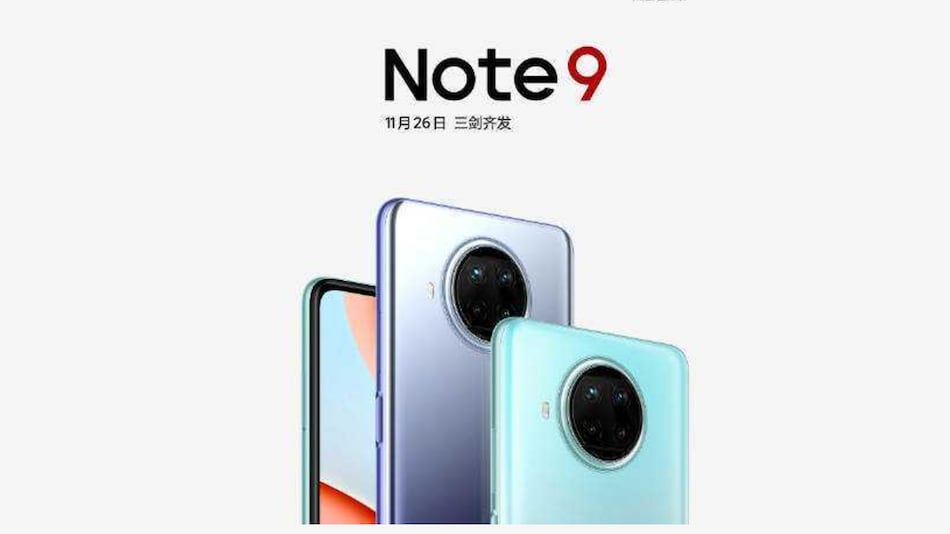 Redmi Note 9 series is set to launch in China on November 26. Redmi confirmed the arrival of the new range via Weibo. The Xiaomi sub-brand announced that it will launch as many as three phones in the Redmi Note 9 series, however it does not mention what the names of these phones might be. There is expected to be a basic Redmi Note 9 model along with a Redmi Note 9 Pro smartphone. The third variant can be speculated to be named Redmi Note 9 Pro Max – as a similar model was launched in global markets, including India.

The company took to Weibo to announce that the Redmi Note 9 series will launch in China on November 26. The post confirms that there will be three models launched in the series. It does not mention the names, but it can be speculated that they could be called Redmi Note 9, Redmi Note 9 Pro, and Redmi Note 9 Pro Max. All of these phones are likely to support 5G, given the current trend in the home market.

Redmi Note 9 and Redmi Note 9 Pro have been spotted on TENAA earlier. Redmi Note 9 is listed to feature a 6.53-inch full-HD+ (1,080x2,400 pixels) IPS display, a MediaTek Dimensity 800U SoC, up to 8GB RAM, and up to 256GB storage options. The listing also mentions that the storage is expandable to 512GB.

The TENAA listing of Redmi Note 9 Pro claims that the phone will feature a 6.67-inch full-HD+ (1,080x2,400 pixels) display. A recent Geekbench listing suggests that the phone may be powered by the Snapdragon 750G SoC. TENAA claims the phone will have up to 12GB RAM, and up to 256GB storage. This model, as per the listing, will feature a 108-megapixel primary camera on the back, while the selfie camera is expected to have a 16-megapixel sensor. The phone may come with a 4,720mAh battery.