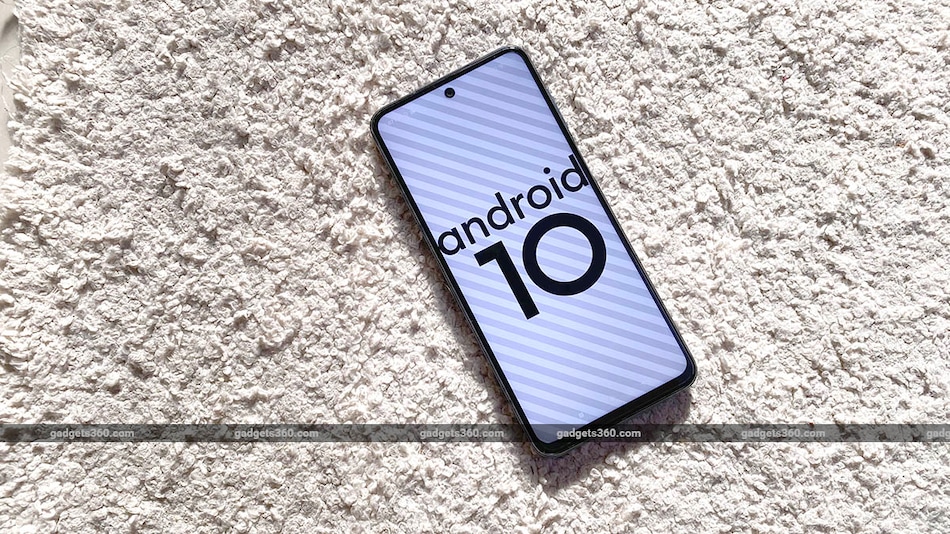 Redmi Note 9 Pro Max has started receiving a new software update that brings the April 2020 Android security patch. The Redmi smartphone that was launched in India in March and went on first sale earlier this week was previously carrying the March Android security patch. Of course, the new update isn't that fresh as we're already in the middle of May, and some companies including Xiaomi rival Realme have brought the May security patch to their affordable models. The Redmi Note 9 Pro Max next sale is also happening next week.

Xiaomi is rolling out the new software update for the Redmi Note 9 Pro Max with a firmware version MIUI v11.0.2.0.QJXINXM. The changelog provided by the company doesn't specify any new additions, though it does confirm the arrival of the April 2020 Android security patch. Moreover, the update is 338MB of size.

Generally, Android updates take some time to reach all eligible users. You can, however, check the availability of the latest update for your Redmi Note 9 Pro Max by going to Settings > About phone > System update.

FoneArena initially reported the latest software update on the Redmi Note 9 Pro Max. However, Gadgets 360 was able to independently verify its arrival through an in-house review unit.

Xiaomi conducted the first sale of the Redmi Note 9 Pro Max in India on Tuesday. Although the total number of units sold during the first sale round is unclear, the company claimed that it went out of stock within a few minutes. On the next sale, Xiaomi India Managing Director Manu Kumar Jain tweeted that it would go live next week.

The dual-SIM (Nano) Redmi Note 9 Pro Max runs Android 10 with MIUI 11 on top. The phone features a 6.67-inch full-HD+ (1080x2400 pixels) IPS display along with a 20:9 aspect ratio. It is powered by an octa-core Qualcomm Snapdragon 720G SoC, paired with up to 8GB of RAM. Further, the phone comes with a quad rear camera setup that includes a 64-megapixel primary sensor, 8-megapixel secondary sensor with an ultra-wide-angle lens, 5-megapixel tertiary sensor with a macro lens, and a 2-megapixel depth sensor. There is also a 32-megapixel selfie camera.

Xiaomi has offered up to 128GB of UFS 2.1 storage on the Redmi Note 9 Pro Max that is expandable via microSD card (up to 512GB). Besides, the phone packs a 5,020mAh battery that supports 33W fast charging.