Redmi Note 9 Pro is all set to be unveiled in India, alongside Redmi Note 9, on March 12. 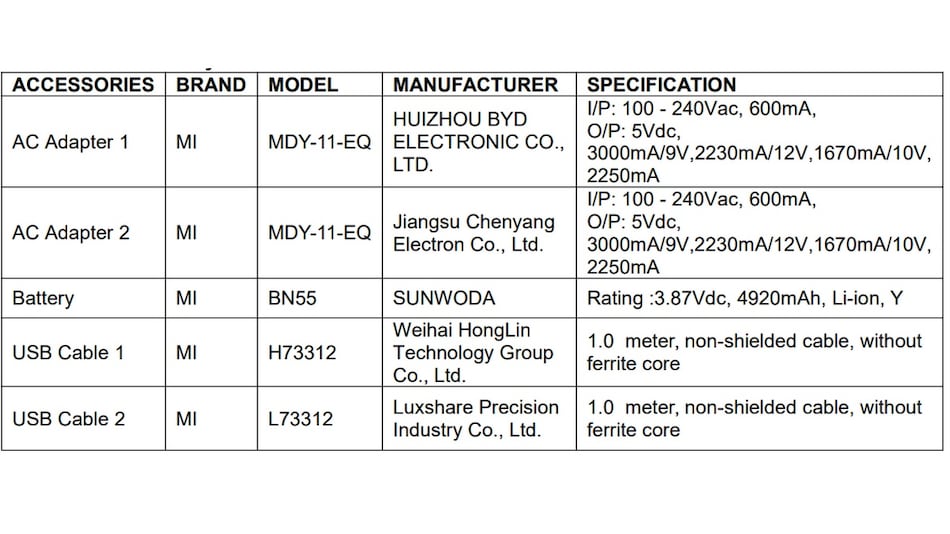 Redmi Note 9 Pro will run MIUI 11, as per FCC listing

Redmi Note 9 Pro has allegedly been spotted on the US FCC website with the model number M2003J6A1G. It suggests that the phone will come with 4,920mAh battery and run MIUI 11 that is based on Android 10. This coincides with the previous Geekbench listing of the phone that also showed Android 10 as the operating system. Redmi will be launching its two phones in the Note 9 series, the Redmi Note 9 and the Redmi Note 9 pro on March 12 at an online event in India.

The FCC certification shows a couple other pieces of information about the alleged Redmi Note 9 Pro. It shows the phone will support Wi-Fi 802.11b/g/n, along with the massive 4,920mAh battery that will be the highest on any Redmi Note-series phone till date. Reportedly, the phone will also have a max charging speed of 30W.

Xiaomi's Global VP and Xiaomi India MD, Manu Kumar Jain, has been quite active on Twitter teasing the upcoming Redmi Note-series of smartphones. One of Jain's tweets has four ‘9' in it which the community suspects is indicative of the price tag of the phone. If this is correct, the Redmi Note 9-series could start at Rs. 9,999 which, presumably, would be for the base price for Redmi Note 9.

We know that the Redmi Note 9 series will be launched on March 12. The company has also indicated at the presence of a quad camera setup on the back of the phones in the lineup.

The Redmi Note 9-series is also listed on Amazon and the e-retailer will be one of Xiaomi's partners to carry the lineup.

Happy Holi 2021 Stickers: How to Find, Add, and Share Holi Stickers on WhatsApp
Organic Molecules Hint at Presence of Ancient Life on Mars