If this turns out to be true, Redmi Note 8 Pro will trump the upcoming Oppo Reno 2 phone that is confirmed to support 20x zoom and a quad camera setup as well. 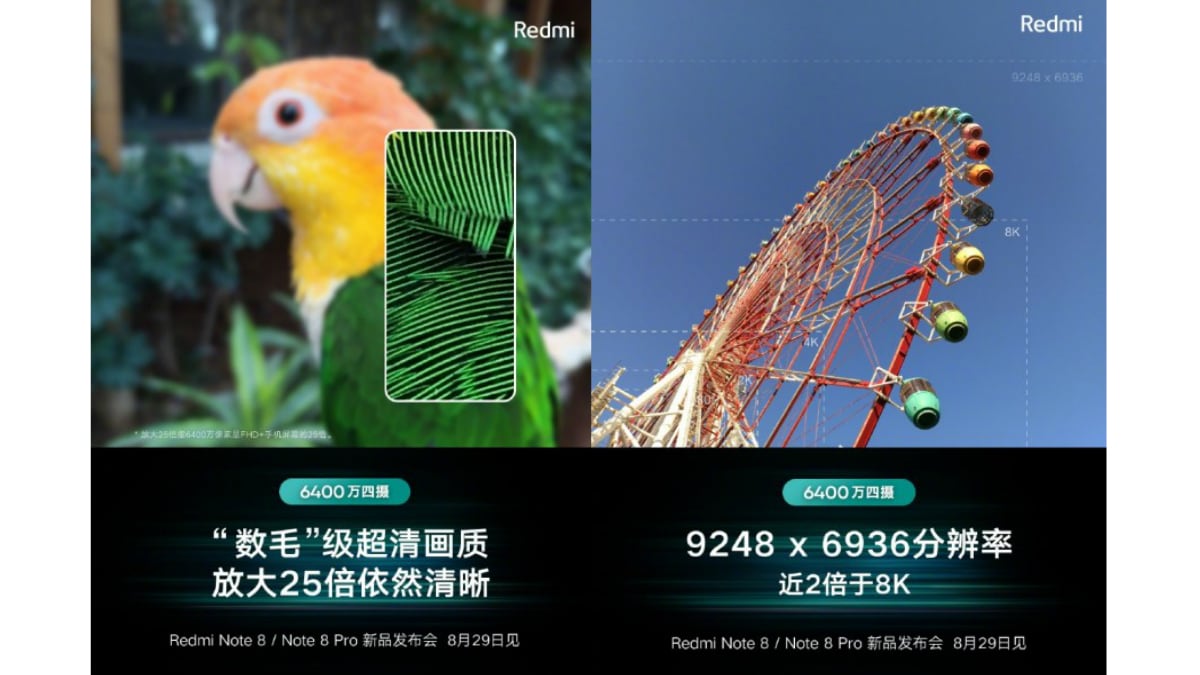 Redmi Note 8 Pro has a new teaser, and it hints at 25x zoom support on the upcoming phone. The teaser shares a photo of a parrot, and claims that the phone is able to produce ‘hair level' clarity even when the photo is zoomed 25 times. If this turns out to be true, the Redmi Note 8 Pro phone will trump the upcoming Reno 2 phone which is confirmed to support 20x zoom and a quad camera setup as well. Redmi Note 8 series will be succeeding the company's very popular Redmi Note 7 lineup that recently surpassed 20 million shipments around the world.

The latest teaser suggests that the 64-megapixel sensor on the Redmi Note 8 Pro will be able to support 25x zoom. The phone will offer " ultra-clear image quality, which is a well-defined and meticulously detailed”, and will not lose detail even when zoomed in 25 times. There's another teaser that claims that the 64-megapixel camera will be able to take 9248x6936 pixel resolution images, which equals to 25x resolution of full-HD, and is 2x higher than 8K resolutions.