No details mentioned about the launch and availability. 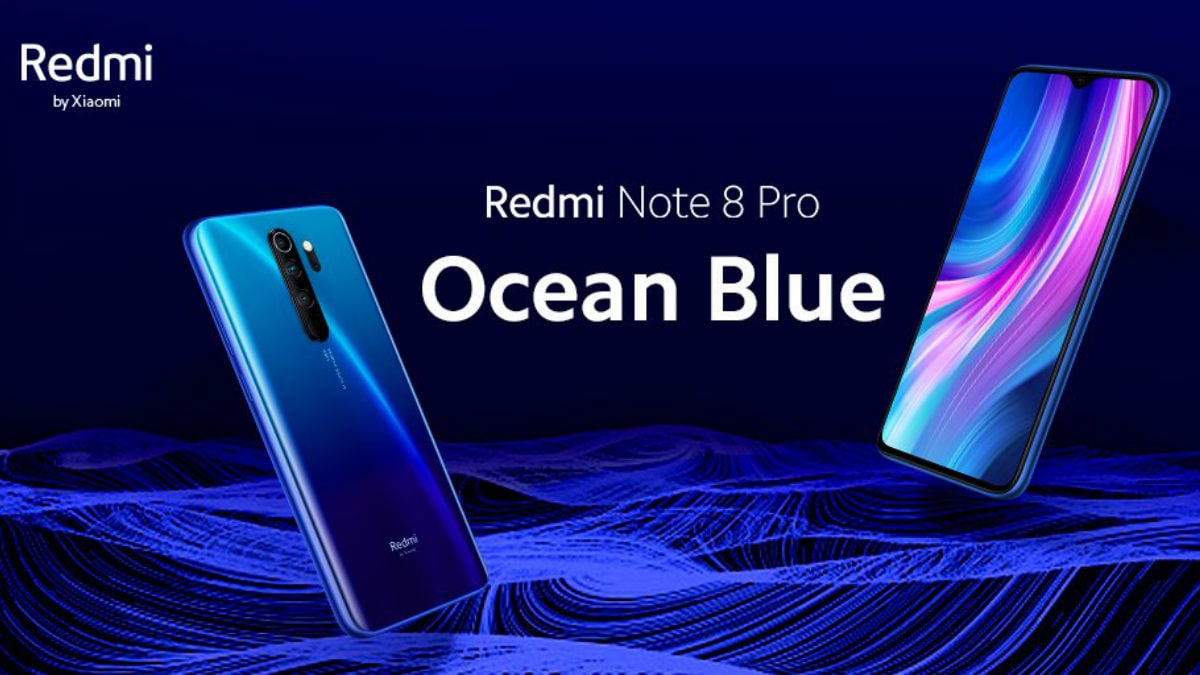 Redmi Note 8 Pro was launched in mid-October in India

As it can be seen in Xiaomi global's Twitter post, the Redmi Note 8 Pro will soon be offered in a new Ocean Blue colour variant. Now, as we mentioned above, the new colour variant looks pretty much identical to the Deep Sea Blue colour option that was announced for the Taiwanese market earlier this month.

Since Xiaomi's global Twitter handle tweeted out the announcement, it appears the company is teasing the launch of the new Redmi Note 8 Pro Ocean Blue colour variant for regions outside of China and Taiwan. One must note however that Xiaomi hasn't specified in which region this new colour will be launched. It can be launched in India, China, or maybe other markets, and this remains to be seen. Also, there's no mention of the launch date as well.

The Redmi Note 8 Pro features 6.53-inch full-HD+ (1080x2340 pixels) screen with 19.5:9 aspect ratio. The phone comes with the waterdrop-style display notch and is protected with Corning Gorilla Glass 5 on both front and back. The smartphone runs on MIUI 10 based on Android 9.0 Pie and is powered by the octa-core MediaTek Helio G90T SoC. There's also a 4,500mAh battery under the hood that supports 18W fast charging support.

In terms of cameras, the Redmi Note 8 Pro offers the quad rear camera setup that includes the 64-megapixel primary sensor with an f/1.89 lens. The camera setup also includes a secondary 8-megapixel sensor with an ultra-wide-angle f/2.2 lens that has a field of view (FoV) of 120 degrees. Further, there are two 2-megapixel sensors -- one with an ultra-macro lens and the other one supporting depth sensing. For selfies, the phone houses a 20-megapixel camera sensor at the front along with an f/2.0 lens.