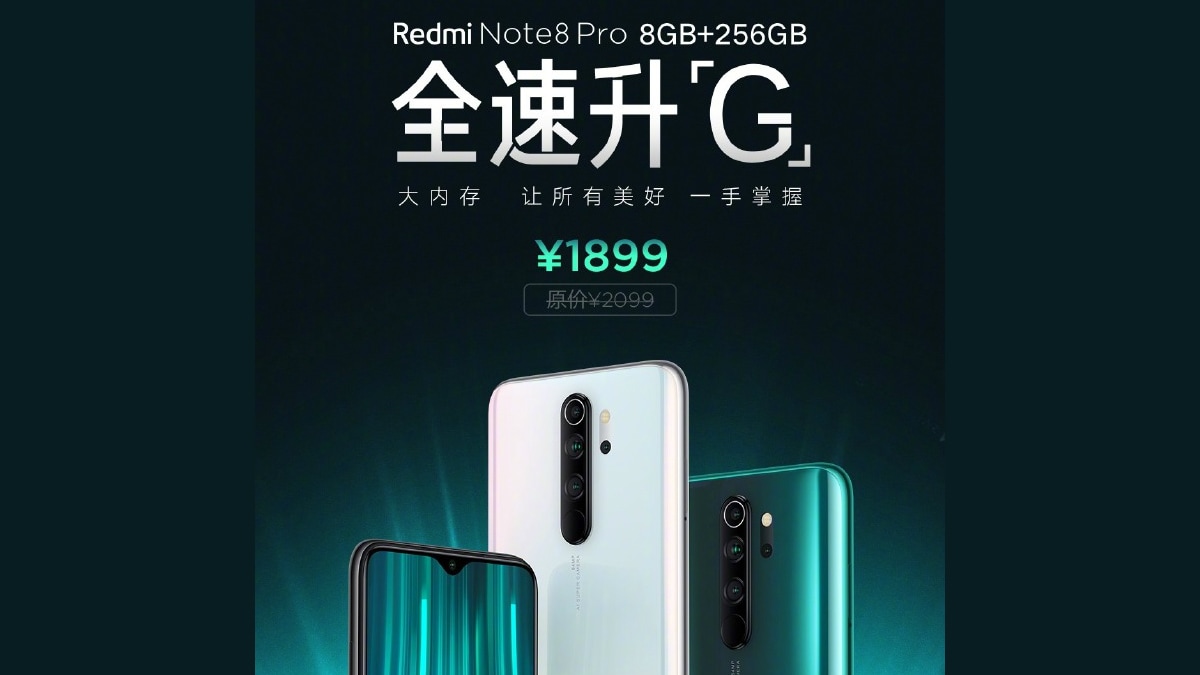 Redmi Note 8 Pro was launched in China a few months ago, and it was made available in multiple RAM + storage configurations back then. However, one more RAM + storage configuration has been added to the mix. A top end 8GB RAM + 256GB storage option has been launched in China, and its price has been set at CNY 1,899. This is the same as the Redmi Note 8 Pro World of Warcraft variant, and this variant comes in an 8GB RAM + 128GB storage option. For now, there's now word on when it is coming to India.

Xiaomi has announced on Weibo that Redmi Note 8 Pro 8GB RAM + 256GB storage option has been launched. This variant is priced at CNY 1,899 (roughly Rs. 19,000), and is already on sale on Mi.com. The new variant is listed in all three colour options - Electric Light Grey, Ice Emerald, and Pearl White. So far, there's no word on when this variant is coming to India, and we've reached out to Xiaomi for comment.

Redmi Note 8 Pro supports dual-SIM, runs on Android Pie based MIUI 10, packs a 6.53-inch full-HD+ (1080x2340 pixels) screen, and is powered by MediaTek's new gaming-focussed Helio G90T SoC, paired with up to 8GB of RAM. Xiaomi has also added liquid cooling support in the smartphone to improve the gaming experience for the Redmi Note 8 Pro users. Other gaming-centric features in the phone include the Game Turbo 2.0 mode. The company will also be selling a game controller for the phone. It offers up to 256GB of internal storage.

The Pro variant is the company's first phone with a 64-megapixel main camera. The main shooter is joined by the same camera setup as the Redmi Note 8 – 8-megapixel wide-angle shooter and two 2-megapixel cameras. On the front, there is a 20-megapixel selfie camera on board. It packs a 4,500mAh battery with support for 18W fast charging, NFC, USB Type-C port, 3.5mm audio jack, IR blaster. The Redmi Note 8 Pro smartphone is also IP52 certified.