Xiaomi said that it sold 110,000 units on average every day to achieve this feat. 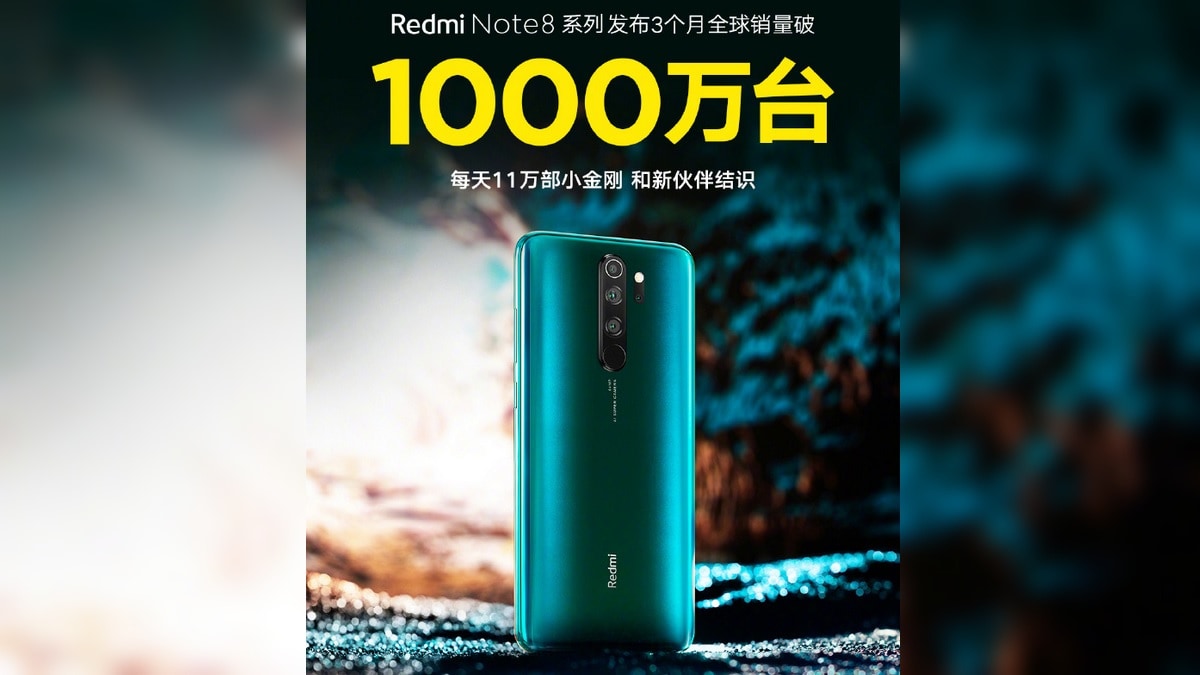 Xiaomi said in a post on Weibo that the company sold 110,000 units on average every day to achieve this feat. Notably, the company may also be revealing new details about the Redmi K30 series phones tomorrow, with another line in the Weibo post adding "new Redmi K30, see you tomorrow". Xiaomi has already announced the launch of Redmi K30 series, which is expected to include Redmi K30 Pro and Redmi K30, on December 10. While the Redmi K30 may go on sale in China right after the launch, Redmi K30 Pro is rumoured to go for sale only next year.

Last week, Xiaomi India announced that the company sold more than 1 million units in one month in the country. As we mentioned, the Redmi Note 8 Pro and Redmi Note 8 was launched in China in August, and in India in October.

Redmi Note 8 Pro runs Android 9 Pie with MIUI 10 on top. The phone comes with a 6.53-inch full-HD+ (1080 x 2340 pixels) HDR display having 19.5:9 aspect ratio. It is powered by an octa-core MediaTek Helio G90T SoC. Its quad rear camera setup includes the 64-megapixel primary sensor, an 8-megapixel ultra-wide-angle lens, a 2-megapixel depth sensor, and a 2-megapixel macro lens. For selfies, the smartphone has a 20-megapixel sensor with an f/2.0 lens. It comes in Gamma Green, Halo White, and Shadow Black, and Electric Blue colour options.

Redmi Note 8 sports a 6.39-inch full-HD (1080x2280 pixels) display with 19:9 aspect ratio. The phone has got an octa-core Qualcomm Snapdragon 665 SoC. Redmi Note 8 has a quad rear camera setup including a 48-megapixel primary camera, 8-megapixel wide-angle shooter, a 2-megapixel depth sensor, and a 2-megapixel macro lens. The smartphone also has a 13-megapixel front camera with an f/2.0 lens.