The Redmi Note 7 flew to space, took photos and returned without major damage. 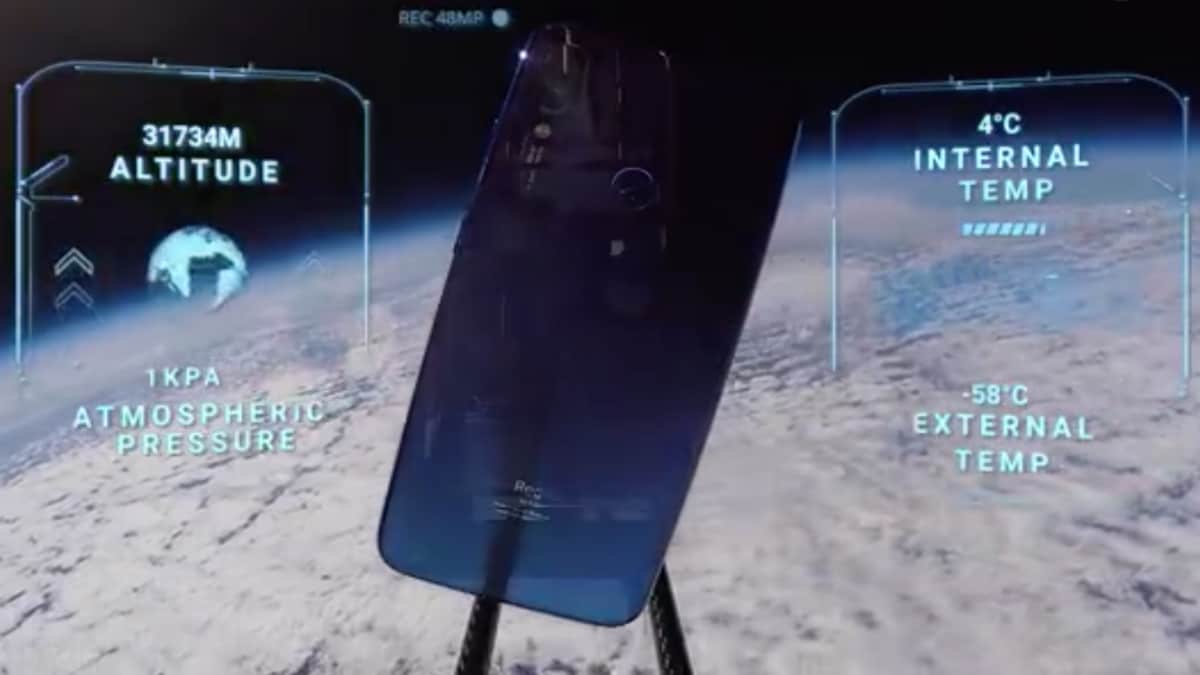 A still showing the Redmi Note 7 in space

Xiaomi is at it again! In another unconventional marketing tactic, the company sent the Redmi Note 7 to space. Earlier, when it had introduced the Redmi Note 7, Xiaomi had posted videos showing employees stomping on the phone, throwing it down the staircase in a sealed garbage can, and even chopping vegetables on the smartphone, to show the device's durability. The company's latest marketing stunt, however, is taking things to the next level. During its space voyage, the Redmi smartphone also took some amazing pictures of the Earth's surface from an altitude of 31,000 metres.

Xiaomi's CEO, Lei Jun, posted a video titled “Little King Kong” (translated) on Weibo, which shows the Redmi Note 7 being launched into space using a balloon. With this move, the company is primarily looking to further strengthen the durability factor of the phone, thanks to the presence of Gorilla Glass 5 on both the front and back. The video was also published on YouTube by Xiaomi for the international followers of the brand.

But as they say, what goes up must come down! The balloon popped at an altitude of 35,375 metres with 1KPa atmospheric pressure. During this whole test, the Redmi Note 7 survived an internal temperature of 9 degrees Celsius and an external temperature of -56 degrees Celsius, which is quite remarkable for a smartphone that doesn't even cost a fortune!

Xiaomi also took this opportunity to showcase Redmi Note 7's camera capabilities and shared some of the photos that the smartphone took while it was in space. It is important to note here that the watermark on the images mentions the 48-megapixel dual-camera setup was used to take the pictures in space, which indicates that the China version of the phone was used for the test. On the other hand, in India, the smartphone comes equipped with a dual-camera setup that comprises of a 12-megapixel primary sensor accompanied by a 2-megapixel depth sensor.