The Redmi Note 7 series was launched in Indian in March. 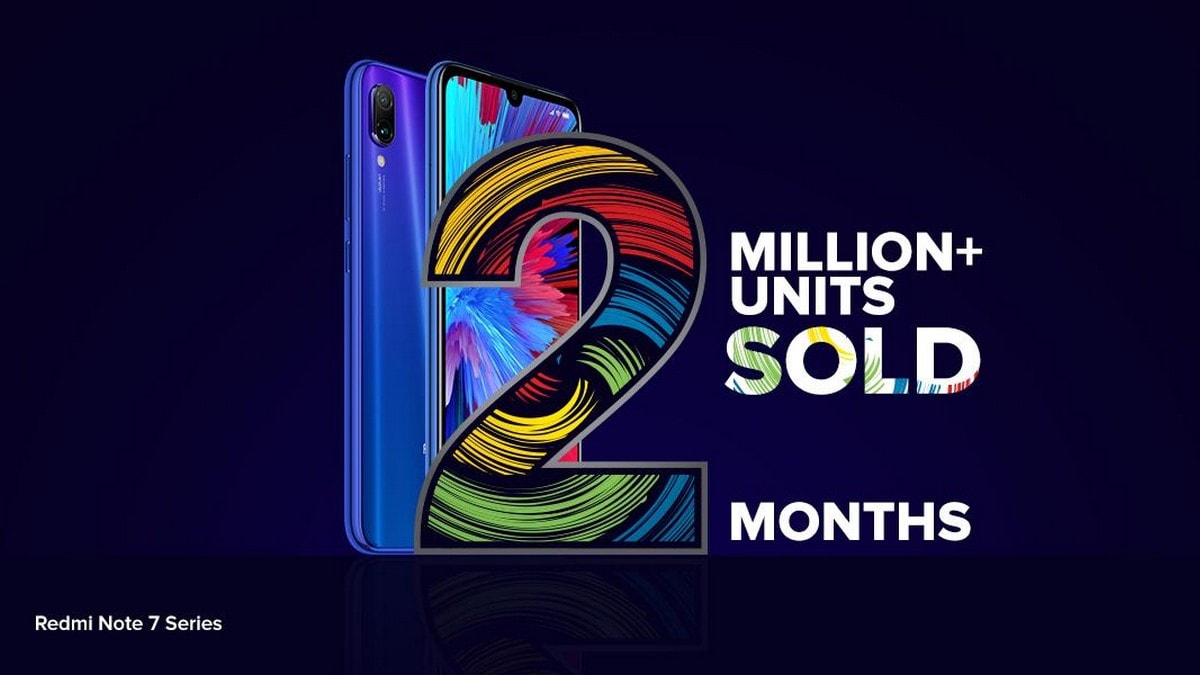 The Redmi Note 7 Pro will soon be joined by another phone with a 48-megapixel rear camera.

The Redmi Note 7 and Redmi Note 7 Pro, both of which were launched in India in February, have proven to be a hit among buyers and their stocks continue to deplete quickly in flash sales due to the high demand. The two phones clocked 1 million units in sale in just over a month after going on sale, and continuing the hot streak, have now gone past the 2 million mark. The Redmi Note 7 was made available on open sale in April, though the Redmi Note 7 Pro is still available through flash sales in India.

In addition to celebrating the sales milestone, Xiaomi India MD Manu Kumar Jain has teased another phone packing a 48-megapixel camera set to arrive soon in India. While the company has not revealed in which series the upcoming 48-megapixel camera-toting phone will fall in, we expect it to be the same phone with triple rear cameras Xiaomi has been teasing lately for a launch in India. The company was also teasing the launch of a Snapdragon 700-series powered smartphone in India, and this may very well be the same smartphone the company is currently teasing.

The upcoming Xiaomi phone with triple rear cameras is tipped to employ a Snapdragon 700-series processor, which leaves an open ground of speculation between the Snapdragon 710, 730, and the 730G. As of now, no other details about the phone are available regarding the upcoming Xiaomi phone packing a 48-megapixel camera, but we expect Xiaomi to make an announcement soon. A recent leak also indicated that the anticipated Snapdragon 700-series smartphone may be the Mi A3 - which is the expected next model in the company's Android One smartphone lineup.