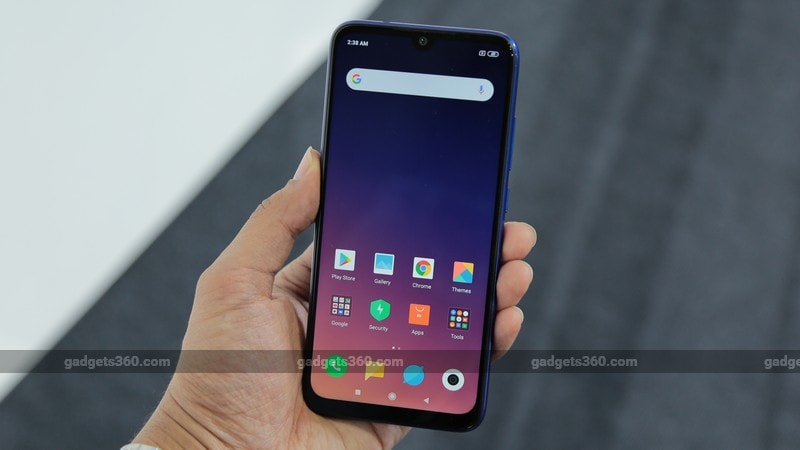 Xiaomi claims that it sold over 2,00,000 Redmi Note 7 units in its first sale

Xiaomi conducted the first flash sale of the Redmi Note 7 on Wednesday through which it is claimed to have sold more than 2,00,000 units "in a few minutes."

As we mentioned earlier, the Redmi Note 7 and Redmi Note 7 Pro were launched in India last week. Both new Redmi Note-series models come with a full-HD+ display along with a waterdrop-style notch.

The Redmi Note 7 price in India is set at Rs. 9,999 for the 3GB RAM/ 32GB storage configuration, while its 4GB RAM/ 64GB storage model is priced at Rs. 11,999. The phone is available in Onyx Black, Ruby Red, and Sapphire Blue colour options.

Reliance Jio customers purchasing the Redmi Note 7 can avail a double data offer through recharges valued Rs. 198 and above.

In terms of selfies, the Redmi Note 7 sports a 13-megapixel sensor at the front. The front-facing sensor comes with an AI Portrait mode and has features such as AI Beautify (4.0), face recognition, HDR support, and AI scene detection to recognise up to 12 scenes.

On the storage front, the Redmi Note 7 has 32GB and 64GB of internal storage options that both support microSD card (up to 256GB). Connectivity options include 4G VoLTE, Wi-Fi 802.11ac, Bluetooth v5.0, GPS/ A-GPS, Infrared (IR) blaster, USB Type-C port, and a 3.5mm headphone jack. Also, there is a fingerprint sensor at the back.

Samsung Galaxy A50 Review
Facebook Asked to Do More to Curb Fake News Ahead of General Election: Report