It took 129 days for Redmi Note 7 phones to achieve this milestone. 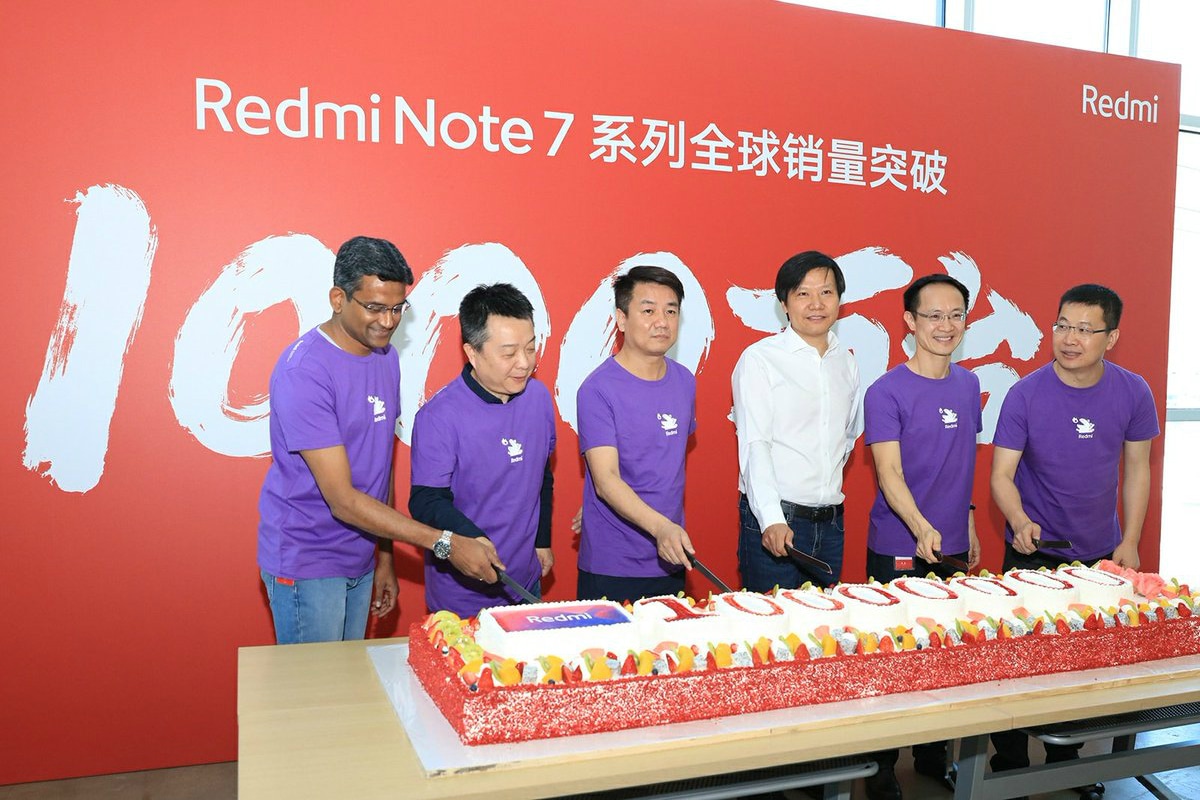 Xiaomi is all geared up to unveil its newest smartphone, the Redmi K20 in China tomorrow. But ahead of tomorrow's announcement, the Chinese smartphone maker has revealed that it has reached a big milestone as the company's Redmi Note 7 series of smartphones have crossed 10 million unit sales within just 129 days of launch. Xiaomi's CEO, Lei Jun and many of the company's executives have taken to Weibo and Twitter to share the latest achievement.

According to a post shared by Lei Jun on his Weibo account, he said (translated from Chinese), the Redmi Note 7 series of smartphones have been popular among users worldwide and because of that the smartphones have exceeded 10 million units in sale in just four months. He further added, to stay tuned as the company is preparing to launch the Redmi K20 tomorrow.

WOW! What an amazing accomplishment!
Globally we have sold over 10 million Redmi Note 7 series in just 129 days, marking another major milestone for the awesome #RedmiNote7 series.
We couldn't have gotten to this landmark moment without our amazing Mi Fans!#NoMiWithoutYou pic.twitter.com/Kx7NlkNNEF

Looking at this announcement, it shouldn't come as a surprise that the Redmi Note 7 smartphones are immensely popular in India as well. Gadgets 360 reported earlier this month, that the Redmi Note 7 series surpassed the 2 million units in sales since their launch in the country. This figure alone holds 20 percent of the share of the total smartphones shipped, which just proves how the new smartphones have been a runaway success.

The dual-SIM smartphone runs on MIUI 10 based on Android 9 Pie and sports a 6.3-inch full-HD+ dot-notch display along with an aspect ratio of 19.5:9. There's a Qualcomm Snapdragon 660 SoC under the hood and a 4,000 battery that supports Quick Charge 4.0. There's a dual rear camera setup comprising of a 12-megapixel primary shooter with an aperture of f/2.2, coupled with a 2-megapixel depth-sensor. There's a 13-megapixel sensor at the front for selfies.

The phone runs MIUI 10 based on Android 9 Pie and sports a 6.3-inch full-HD+ dot-notch display along with an aspect ratio of 19.5:9. The processor gets a bump in comparison to the Redmi Note 7, as the Note 7 Pro comes with the Qualcomm Snapdragon 675 processor. Battery capacity remains the same at 4,000mAh. In terms of optics, there's a dual camera setup at the rear comprising of a 48-megapixel primary shooter with an aperture of f/1.79, coupled with a 5-megapixel depth sensor. Finally, there's a 13-megapixel camera at the front to take care of your selfie needs.