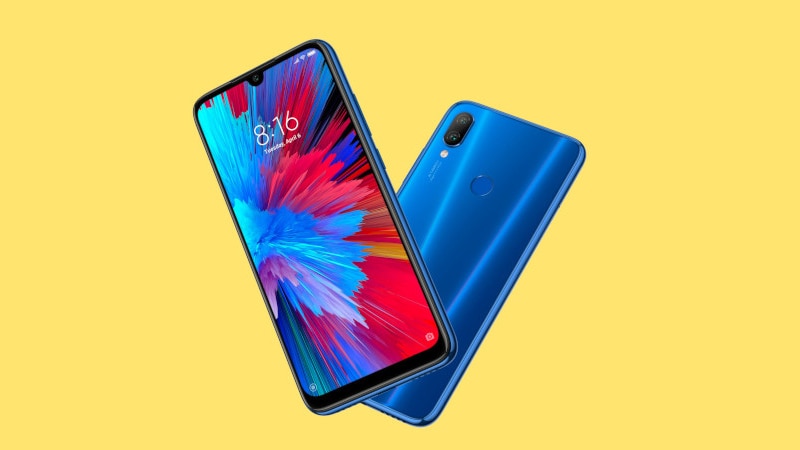 Redmi Note 7 has finally arrived in India. After weeks of anticipation, Xiaomi on Thursday announced the launch of the phone at an event in New Delhi. Redmi Note 7, which was introduced in China last month as the first smartphone of the newly established Redmi sub-brand. Notably, Xiaomi has made some changes to the India variant of the Redmi Note 7, foregoing the 48-megapixel camera. Xiaomi India is betting big on the smartphone and has been teasing its impending launch on social media for weeks now. In an interview with Gadgets 360, Manu Kumar Jain, Xiaomi India MD, claimed that the Redmi Note 7 will be a “game changer device.”

In addition to the Redmi Note 7, Xiaomi also unveiled the new Redmi Note 7 Pro smartphone. It is the international debut of the Pro-variant, which features a number of tweaks and upgrades over the Redmi Note 7, including a powerful processor, more storage, and improved cameras.

Continuing its tradition of aggressively pricing its smartphones, Xiaomi has priced the Redmi Note 7 starting Rs. 9,999 for the 3GB + 32GB version. The 4GB + 64GB model will carry a price tag of Rs. 11,999. According to the company, it will be offering the Redmi Note 7 in three colour options - Onyx Black, Ruby Red, and Sapphire Blue.

The first flash sale of the smartphone is scheduled 12pm IST on March 6. The phone will be offered via Mi.com, Flipkart, and Mi Home stores. It will become available via select offline retail chains "soon". As for launch offers, an "ultra-slim" case will be bundled, while a perforated case will be available for Rs. 349. Airtel will be offering up to 1,120GB with unlimited calling, as well as Airtel Thanks benefits like free access to Airtel TV premium, App advisor, Spam Block, Contacts Backup, and more.

Moving to the imaging capabilities, which Xiaomi highlights as one of the strong points of the phone, the Redmi Note 7 features a dual camera setup on the back that houses a primary 12-megapixel sensor (with 1.25-micron pixels) with a secondary 2-megapixel depth sensor. In China, the company used a 48-megapixel Samsung ISOCELL GM-1 sensor and a 5-megapixel depth sensor on the Redmi Note 7. There is a 13-megapixel front shooter on-board as well - the same as the China variant. The company claims that the camera app on the Redmi Note 7 uses artificial intelligence (AI) to offer a better portrait mode, smart beauty features, and scene recognition support.

On the software front, the Redmi Note 7 runs on Android 9 Pie with MIUI 10, which includes features like Face Unlock as well as a number of software enhancements.

Redmi Note 7 and Redmi Note 7 Pro are going to be very important smartphones for Xiaomi in India as the company gears up for increased competition from the likes of Samsung, which is getting ready to flood the market with affordable phones with enticing specifications, right from Xiaomi's playbook.