Redmi Note 7 India Launch Confirmed for February 28: Price in India and Other Details to Expect 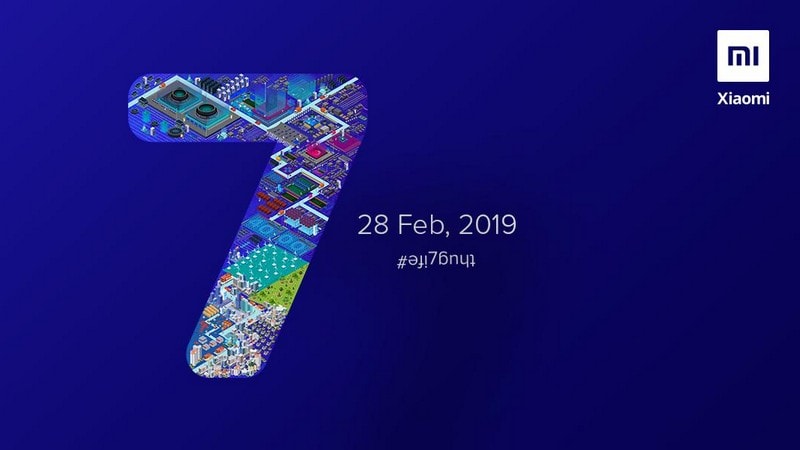 Redmi Note 7 is arguably the most highly anticipated smartphone from Xiaomi right now, and after making an impressive debut in the Chinese market, the smartphone is all set to arrive in India. Redmi Note 7 will be launched in India on February 28, the company confirmed on Thursday. Xiaomi has already kicked off the registration process for purchasing tickets for the launch event to be held in New Delhi. Xiaomi has been teasing the Redmi Note 7's India launch for quite some time and it finally made the launch date official via a tweet today.

The Redmi Note7 was launched in January, packing capable hardware and bringing an attractive design at a competitive price point in typical Xiaomi fashion. The smartphone quickly became a major hit as the company reportedly sold 1 million units of the Redmi Note 7 in the Chinese market in a span of just three weeks since its launch. The company is finally ready to release it outside China and India will be the first international market to get the phone. According to a tweet from the company, it is hosting an event on February 28 where it will officially launch the smartphone.

To recall, the Redmi Note 7 sports a 6.3-inch full-HD+ (1080x2340 pixels) display protected by a layer of Corning Gorilla Glass 5. It is powered by the Snapdragon 660 octa-core SoC, paired with up to 6GB of RAM and 64GB of internal storage. The Redmi Note 7 also features a dual camera setup with one 48-megapixel Samsung GM1 sensor with f/1.8 aperture and another 5-megapixel sensor, while a 13-megapixel sensor handles selfies. The smartphone packs a 4,000mAh battery with Quick Charge 4 support and comes in Twilight Gold, Fantasy Blue, and Bright Black colour options. As per a previous leak, Xiaomi is expected to launch the 3GB RAM + 32GB storage version and the 4GB RAM + 64GB storage model in India and will offer it in Red, Black, and Blue colour options.