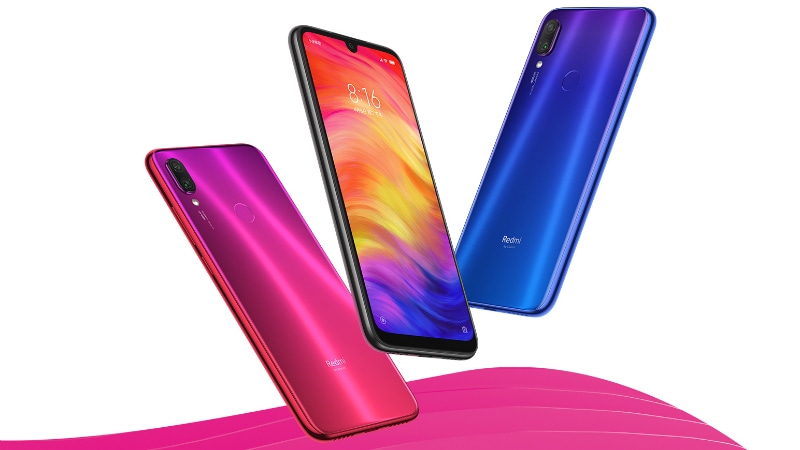 Redmi Note 7 India launch is expected soon, and the phone will come with a 48-megapixel rear camera

Xiaomi India Managing Director Manu Kumar Jain on Thursday tweeted his image along with Xiaomi CEO Lei Jun holding the Redmi Note 7 in his hand. The tweet also includes upside down text that specifies the arrival of the 48-megapixel camera phone. The tweeted reads: "We're gonna turn this industry upside down. Amazing #48MP is coming!

The Redmi Note 7 was unveiled in China earlier this month with a starting price of CNY 999 (roughly Rs. 10,500) for the 3GB RAM/ 32GB storage option. The USP of the new phone is indeed its 48-megapixel Samsung GM1 sensor that sits on the dual rear camera setup, along with an f/1.8 aperture and another 5-megapixel sensor. The Redmi Note 7 also comes as the first model of the 'Redmi by Xiaomi' sub-brand.

At the time unveiling the Redmi Note 7, Xiaomi also teased the launch of the Redmi Note 7 Pro that is set to come with a 48-megapixel Sony IMX586 primary sensor at the back. The smartphone is rumoured to come under the Redmi by Xiaomi sub-brand next month - sometime around the Chinese New Year.

Given Xiaomi's past trends, the Redmi Note 7 Pro is likely to be the handset that will debut in India in the coming days. The smartphone will come as a successor to the Redmi Note 6 Pro that was launched in the country back in November last year.