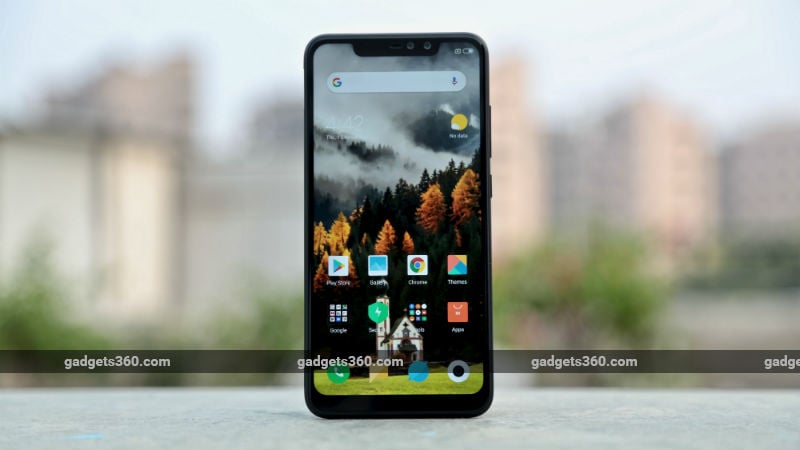 Xiaomi on Friday released MIUI 10 Global Beta ROM version 9.3.14 that had brought Android 9.0 Pie for the Redmi Note 6 Pro. But just hours after the formal release, the Chinese company appears to have cancelled the rollout of the new MIUI update. The company didn't provide any reason for the cancellation, though it could be due to some system-level bugs. The changelog for the MIUI 10 Global Beta ROM 9.3.14 showed that the update had included fixes for live wallpapers being displayed on the lock screen. There is no word on when Xiaomi plans to restart the rollout of the update.

As per official posts on the MIUI forums, the MIUI 10 Global Beta ROM 9.3.14 was released for the Redmi Note 6 Pro along with a fix for the issue that was affecting live wallpaper on the lock screen. The update was also designed to fix the lock screen for facial recognition.

However, the most significant change that the latest MIUI 10 Global Beta had brought was Android 9.0 Pie specifically for the Redmi Note 6 Pro in India. The new update was rolled out as an over-the-air (OTA) package for users already having a MIUI 10 Global Beta ROM. But, as per another MIUI forum post, Xiaomi cancelled the rollout -- without detailing any specified reason.

We've reached out to Xiaomi for clarity on the matter and will update this story accordingly. Notably, earlier this week, the company had revealed which phones were due an MIUI 10 update based on Android Pie, and that included the Redmi Note 6 Pro, though a detailed release schedule was not provided.

That being said, the MIUI 10 Global Beta ROM version 9.3.14 can still be downloaded through the available recovery and fastboot packages, though at this stage without clarity on the reason for cancellation, we recommend users not to use this method to update. Notably, Xiaomi on the forum post also notes that users that update to Pie should not roll back to Android Oreo, otherwise there may be problems.