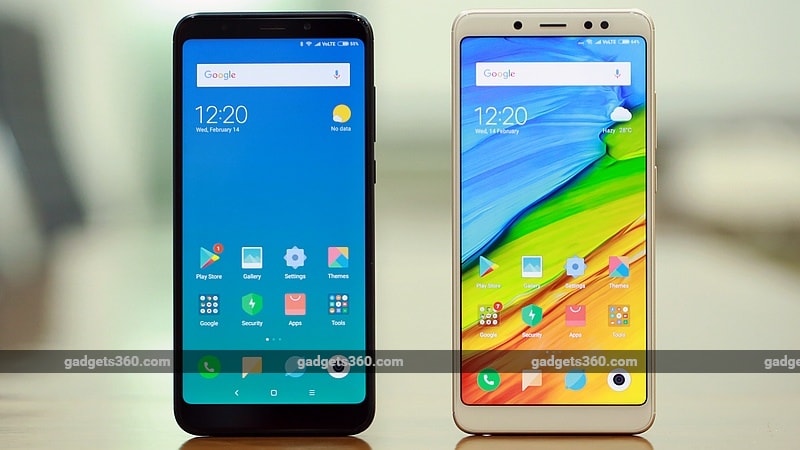 According to a post on the MIUI forum, the application process for Global Beta ROM testers using the latest Redmi Note series has commenced. To be eligible for the process, applicants need to own either a Redmi 5, Redmi 5 Plus/ Redmi Note 5, or a Redmi Note 5 Pro. They should be on the latest MIUI Global Developer ROM, must be an active participant on the MIUI forum, and show interest in helping other users on the forum. Communication language for the testing is English, and mandatory communication tool is QQ.

To apply for the beta testing process, users need to download the MIUI Global Forum app from Google Play. Once downloaded, select Recruitment on the homepage, fill out the required information, and click on Submit.The deadline for applying in the programme is 11:59pm Beijing Time (9:29pm IST) on March 1. A forum PM will be sent to approved members, latest by March 3. Do note that this is a beta ROM and bugs will need time to get fixed once spotted. The stable build of the same will be rolled out once beta testing is over.

In a conversation on Twitter, Lead Product Manager at Xiaomi India, Jai Mani, confirmed that the recently launched Redmi Note 5 Pro would be getting an Android 8.0 Oreo update in the future. "Yes, but no schedule for now. We want to see the feedback for the current build before we do a platform update," he said replying to a user query on the same.

Redmi 4A gets MIUI 9.2.6 update
In yet another post on the MIUI forum, the Mi Communication team announced the rollout of MIUI Global stable ROM 9.2.6.0.NCCMIEK for Xiaomi's Redmi 4A. Based on Android 7.1 Nougat, the update brings dozens of new features to the smartphone. Highlights include an automatic Reading Mode toggle during sunrise and sunset, better blocklist rules for each SIM card, the new Mi Mover app, and new App vault features.

Apart from that, apps like Messaging, Themes, Contacts, File Explorer, Downloads, and Camera receive several bug fixes and optimisations to enhance user experience. The entire list of features and download links can be found here. You can alternatively check for an OTA update by going into Settings > About phone > System Update.