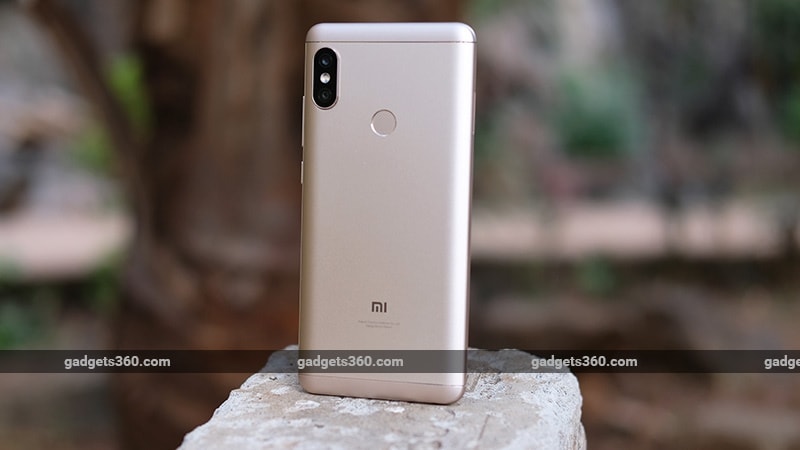 The Redmi Note 5 Pro price in India has been hiked for only the 4GB RAM variant, and not 6GB RAM option

Redmi Note 5 Pro price in India has been hiked within a few months of its launch in the country. Xiaomi announced the new Redmi Note 5 price in India on Monday, saying it will be effective from Tuesday, May 1. It claims the Redmi Note 5 price hike is an effort to ramp up supply of the smartphone in the face of recent changes in PCBA import taxes and the depreciation of the rupee since the beginning of the year. The new prices will be effective on all channels the smartphone is available on, including Mi.com, Mi Home stores, Flipkart, and offline retailers.

The Xiaomi Redmi Note 5 Pro price in India has been increased by Rs. 1,000, and the smartphone will now start at Rs. 14,999 for the 4GB RAM + 64GB variant. Alongside, the 55-inch Mi TV 4 has also received a price hike for the same reasons, effective from the same date. The 6GB RAM variant price remains the same as its Rs. 16,999 launch price in February.

Making the announcement in a tweet on Monday, Xiaomi India MD Manu Kumar Jain added that the company will be honouring the Rs. 13,999 pre-orders already placed for the Redmi Note 5 Pro (Review) on Mi.com - an offer that was only started recently.

Jain provided further insight as to the reasons for the price hike, saying, "In order to ramp up supply for the Redmi Note 5 Pro, we are importing a significant amount of PCBAs as our local PCBA production would only ramp up to 100 percent by CY Q3 2018. With the recent changes in tax structure on PCBA imports and the depreciation of the rupee (by around 5 percent since the beginning of the year), this has resulted in a significant increase in costs for us."

The Xiaomi Redmi Note 5 Pro sports a dual rear camera setup, with the 12-megapixel primary sensor sporting an aperture of f/2.2 and a 1.25-micron pixel size, while the 5-megapixel secondary sensor has a f/2.0 aperture and 1.12-micron pixel size. The dual rear camera setup is accompanied by an LED flash module. On the front, it bears a 20-megapixel Sony IMX376 sensor complete with an LED selfie-light module and Beautify 4.0 beautification tech that's been optimised for India. Both front and rear cameras offer Portrait mode Bokeh effects. The Xiaomi Redmi Note 5 Pro comes in a single storage variant - 64GB - which is expandable via microSD card in a hybrid dual-SIM format.