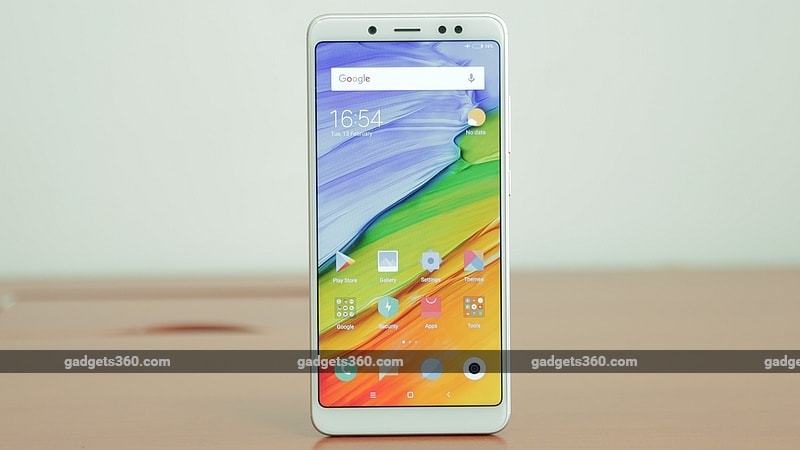 Xiaomi has published links for the Android Pie-based MIUI 10 9.3.28 Global Beta ROM update for the Redmi Note 5 Pro users on its forums. If you are running on the beta version, Redmi Note 5 Pro users can update using the Recovery ROM method and the Fastboot ROM method. In both cases, you will require to flash your phone, and a step by step guide for the two methods has been detailed. Do back up your smartphone, as the manual flashing process wipes out data.

The Android Pie-based MIUI 10 9.3.28 Global Beta ROM changelog consists of the March Android security patch, and a whole set of fixes and improvements. The update fixes errors cropping up while entering passwords and PINs, a virus scanning issue that started over after users tapped the results of a completed scan, a status bar issue that didn't allow the battery indicator to disappear when the notification shade was opened on the lock screen.

Other improvements include adding passwords while transparent wallpapers are applied, and fixing of issues with displaying notifications on the Lock screen. To recall, the MIUI 10 9.3.25 Global Beta update in closed beta also brought the system-wide dark mode feature, something that's been brought to the open beta with the 9.3.28 build.

Game of Thrones Season 8 Will Be Simulcast on Hotstar in India
Friends Now Only Streaming on Netflix in India, as It Leaves Hotstar and Hooq