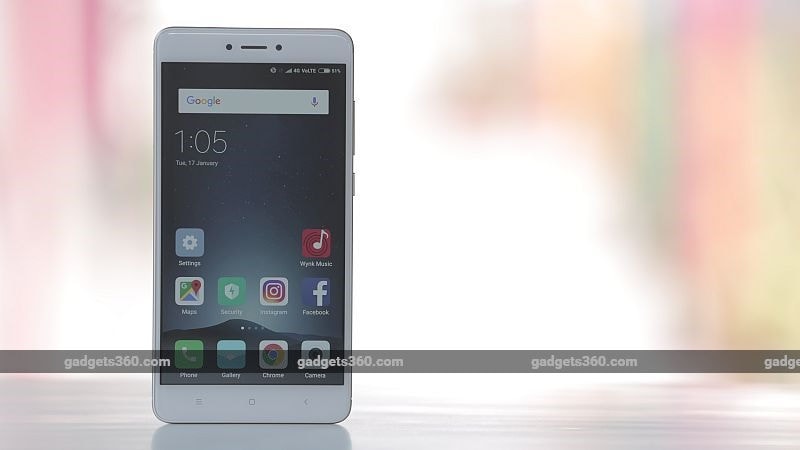 Redmi Note 4 and Redmi 4 by Xiaomi, along with Samsung’s Galaxy J2, topped the list of bestselling phones in India in the second quarter. This data comes from a report released by Counterpoint Research that shows the Oppo A37 and Samsung Galaxy J7 taking up the fourth and fifth spots, respectively. Along with this, the report claims the user base of LTE-enabled phones in India has crossed 150 million in the previous quarter; India presently stands behind China and the US in the number of 4G-capable handsets, and is estimated to cross the US in the next year.

The top five brands accounted for nearly 70 percent of the shipments of the smartphone market, and Chinese brands had market share of over 50 percent. Xiaomi, Vivo, Oppo, and Gionee were the fastest growing, on the back of their offline push and heavy advertising, especially during IPL and Champions Trophy.

The Rs. 15,000-20,000 price bracket, termed mid-end segment by Counterpoint, has retained its position as the fastest-growing price segment, while the premium segment (Rs. 30,000 and above) experienced no growth. In the premium segment, Samsung has the biggest market share at 55 percent, and grew 13 percent over the preceding quarter due to demand for its Galaxy S8 series; Apple had 30 percent market share in the segment. Overall, handsets with 16GB internal storage and 2GB RAM accounted for 25 percent of the total smartphones shipped. Phones with Qualcomm chipsets, courtesy mid-end Chinese handsets, grew 40 percent in the quarter.

Interestingly, though 4G-enabled handsets account for 96 percent of the smartphones shipped in Q2, half of the smartphones active in India are still just 3G-capable. However, the market research firm sees users upgrading to LTE smartphones at a faster clip in the short term as telecom operators have improved their 4G coverage.

Coming to feature phones, Samsung (26.6 percent), Itel (15.7 percent), Micromax (8.6 percent), Lava (7.5 percent), and Intex (6.3 percent) account for the most devices sold. Counterpoint says demand for feature phones is still steady in the country, and the launch of Reliance Jio's the new JioPhone with 4G VoLTE-capability will slow down conversions from feature phones to smartphones.

As for the overall mobile phone market (with feature phones and smartphones combined), Samsung, Itel, and Xiaomi are the three biggest players with 25.4 percent, 10.2 percent, and 7.2 percent market share, respectively. Micromax (7.1 percent) and Vivo (5.9 percent) take the next two spots. The overall market grew only by 4 percent in the period, and 80 percent of the handsets were made in India.