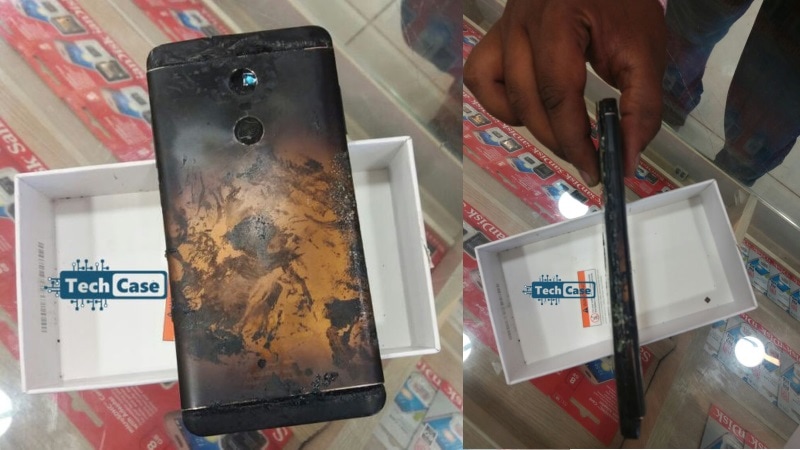 Xiaomi has responded to a video claiming a Redmi Note 4 unit caught fire spontaneously in Bengaluru, saying the video is fake and not of a Xiaomi device at all. While acknowledging that a Redmi Note 4 unit owned by one Arjun did suffer fire damage in Bengaluru, the company after a “thorough technical investigation” determined the damage was caused due to a faulty third-party charger used by the buyer. The company said it has provided the customer with a new unit to replace the burnt one. However, it added that the video circulating claiming to be that of the said Redmi Note 4 unit involved in a blast is "fake".

In its statement, Xiaomi said, “He [The customer] had purchased a Redmi Note 4 from a Poorvika store in Bangalore on 1st June 2017. His phone was damaged at his home on 17th July 2017, following which he took the phone to the aforementioned Poorvika store on the same day.
As soon as we were alerted to this incident, we took the device back."

Xiaomi, in its statement added, "the damage was caused due to a faulty third-party charger used by the customer" and "there were signs of physical damage on the phone as well". Despite this, the company says, it "replaced the customer's damaged unit with a brand new Redmi Note 4 on Monday, 24th July 2017."

Xiaomi also condemned the blog that circulated the video of the exploding handset, calling its behaviour “irresponsible and disturbing.” It added it is “currently evaluating legal action against this publication.” It says the video was attained from “a random WhatsApp group,” and is not related to Redmi Note 4 unit purchases from the Poorvika outlet.

The company’s investigation says the CCTV video originates from Anamangad, Kerala, and added the video is not a Xiaomi handset at all, and even the date in the video does not correspond to the date of purchase of the device by the customer in Bengaluru, as well as the date he took the phone for repairs. The customer has confirmed to Xiaomi that the people in the video do not include him, his friends, and relatives.

The concerned publication, TheExplode.com, still has the video on its website; the video shows a handset spontaneously catch fire while being handled without any external stress on it.

The founder of the website, Lavesh Mamodia, told Gadgets 360 that the video originated from the customer, Arjun, himself. He says the customer contacted TechCase.in, which broke the story of the exploding Redmi Note 4 (but does not have the video on its website), and that the customer himself provided the video to the publication. Mamodia says later the customer went back on his claim of the video being of the Redmi Note 4, even though he said his unit did indeed catch on fire.

On the other hand, TheExplode still has the video on its page has written, as an update, “Update: TechCase mentioned that the person got the replacement of the phone but the video is not related to him. It means incident is true but video is not true.” Ironically, just above this update is the sentence, “Companies are not working on their batteries and only want to increase the battery backup instead of making it safe.”

As a reminder, Xiaomi's statement encourages "everyone to only use Xiaomi authorised chargers and accessories.”