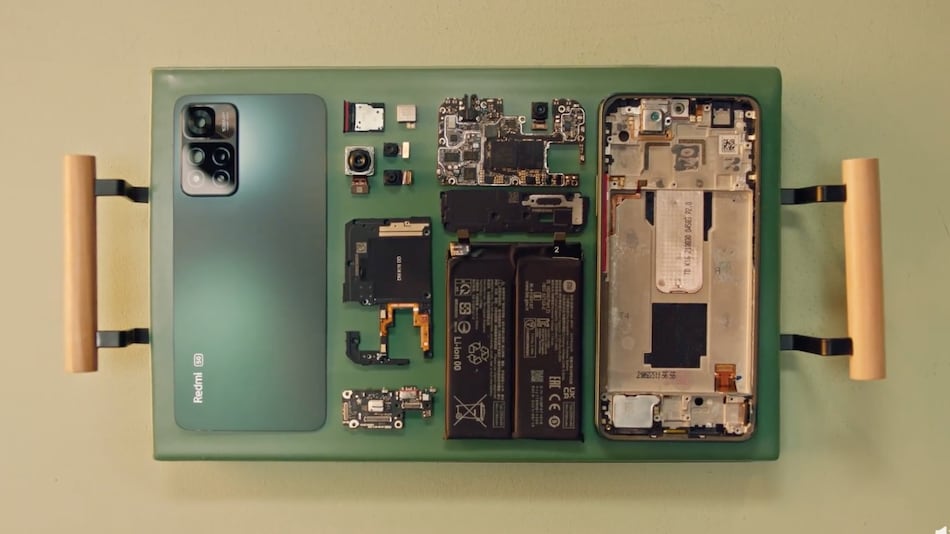 The over a minute-long teardown video posted on Weibo shows the Redmi Note 11 Pro+ along with its internals. The video shot at a restaurant-like setup shows the new Redmi phone with its textured back panel that hides components including the triple rear camera setup, which comes with a 108-megapixel primary sensor. The back of the Redmi Note 11 Pro+ also has liquid VC cooling for thermal management and a 4,500mAh dual-cell battery.

After removing its back and taking out the battery, the Redmi Note 11 Pro+ teardown video shows other components including the MediaTek Dimensity 920 SoC. The video also gives us a glimpse of the JBL stereo speaker system that is backed by Hi-Res Audio and Dolby Atmos technologies. The ultra-wide camera of the Redmi Note 11 Pro+ is also integrated within the board for better compactness.

Redmi has separately released a promotional image on Weibo to claim that the Redmi Note 11 series has crossed the sales mark of 500,000 units in an hour after the phones went on sale in China earlier on Monday.