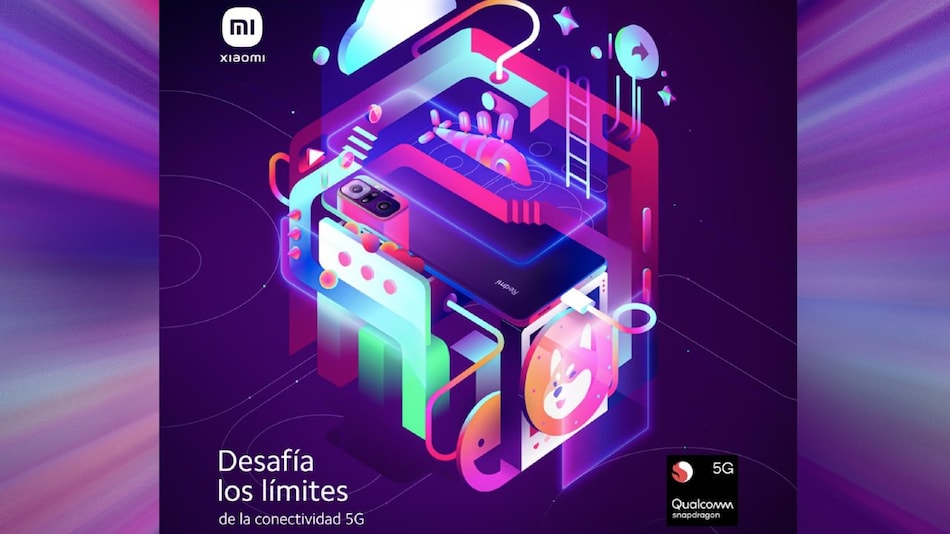 Tipster Abhishek Yadav tweeted the image suggesting the development of Redmi Note 10 Pro 5G. The promo image is available in Spanish language, indicating that the new phone might arrive first in Spain. Also, the design appearing on the image looks quite similar to the regular Redmi Note 10 Pro variant. There could be a new hardware internally, though.

The tipster said that Redmi Note 10 Pro 5G could come with Qualcomm Snapdragon 750G SoC. The promo image also has Qualcomm's branding. However, Xiaomi has not yet provided any specific details through its official social media channels.

Gadgets 360 was not able to independently verify the reported details about Redmi Note 10 Pro 5G.

Xiaomi has been rumoured to launch the Redmi Note 10 Pro in a 5G model for some time. The phone allegedly appeared on multiple certification websites including the Bureau of Indian Standards (BIS) one in January. The company, however, launched its 4G model instead in March. Xiaomi also announced a 5G variant of Redmi Note 10 in the US and European markets in March that starts at $199 (roughly Rs. 14,700) for the 6GB + 64GB storage variant.

In India, the 4G variant of Redmi Note 10 Pro starts at Rs. 15,999. The phone includes features such as a 6.67-inch full-HD+ (1,080x2,400 pixels) Super AMOLED display and a quad rear camera setup with a 64-megapixel primary sensor. It also has an octa-core Qualcomm Snapdragon 732G SoC and includes up to 8GB RAM as well as up to 128GB of onboard storage.

Details about the arrival of the Redmi Note 10 Pro 5G are yet to be revealed by Xiaomi. However, the Chinese company is launching the Redmi Note 10S in India on May 13 as its newest model in the Redmi Note 10 series. That model is already available in some global markets and is not likely to come to the Indian market with 5G support.