Redmi K50 Gaming Edition is tipped to launch ahead of the other Redmi K50 series smartphones. 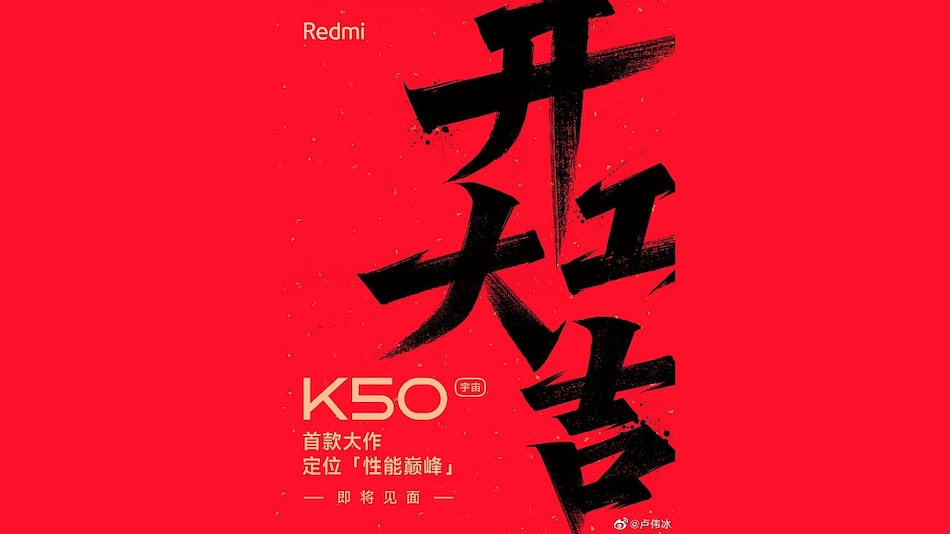 In a post on Weibo, Redmi General Manager Lu Weibing revealed that the company was set to launch the K50 Series' “first flagship with peak performance” very soon. The update was posted from a ‘K50Android' handset, according to Weibo. According to previous reports, the company is tipped to launch Redmi K50 Gaming Edition ahead of Redmi K50, Redmi K50 Pro, and Redmi K50 Pro+, in China. Redmi has not yet revealed the official launch dates for specific Redmi K50 handsets.

According to previous reports, Redmi K50 Gaming Edition, which is reportedly set to launch in China after the Spring Festival, will feature the latest Snapdragon 8 Gen 1 SoC. The smartphone will also feature a powerful new ultra-wideband CyberEngine haptic engine, which will reportedly rival haptics performance on iPhone models, according to the company.