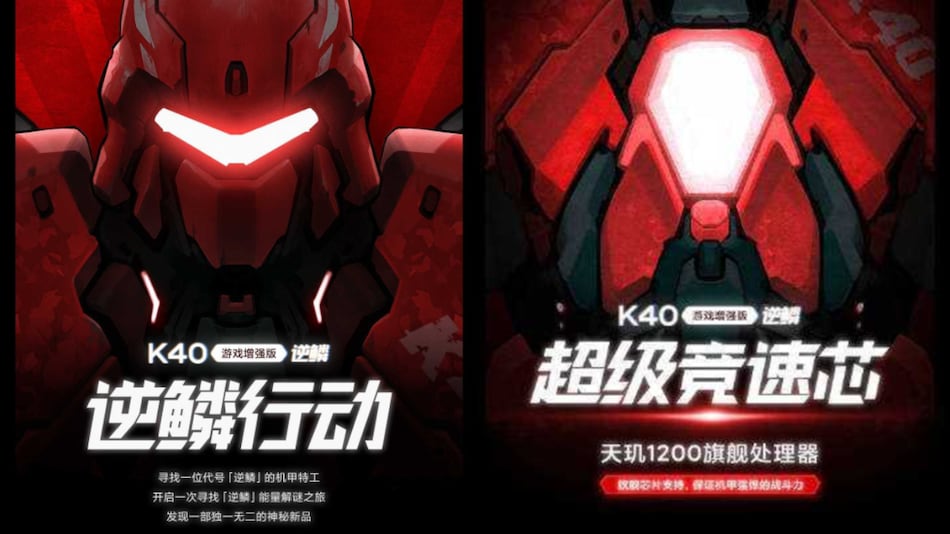 Redmi K40 Gaming Edition is getting a new finish – Inverse scale. The company has started heavily teasing the arrival of the new colour option on Weibo. The specifications are likely to remain the same, and the company has also confirmed that the phone will continue to be powered by the MediaTek Dimensity 1200 SoC. It is also listed on JD.com and the listing hints at a few key details about the new variant. Redmi K40 Gaming Edition first debuted in China in April.

The company took to Weibo to tease the arrival of the new finish of the Redmi K40 Gaming Edition – Inverse Scale. The teasers suggest that the phone will be the Summer Special Limited Edition of the Redmi K40 Gaming Edition and it will be launching officially tomorrow. It is also teased to come with a newly designed pop-up shoulder button. The phone has been listed on JD.com ahead of its official launch and it is tipped to come in a single 12GB RAM + 256GB storage option. The e-commerce site lists that the sale will begin on July 29.

Teasers also confirm that the Redmi K40 Gaming Edition will be powered by the MediaTek Dimensity 1200 SoC. Tipster Digital Chat Station claims that there will be a Snapdragon 870-powered Redmi K40 Gaming Edition in the future, but that isn't launching tomorrow. The newly teased Inverse Scale model will likely have identical specifications as the other colour options launched in April, apart from the design. In April, the phone was launched in Black, Silver, White, and a Bruce Lee Special Edition.

For photos and videos, Redmi K40 Gaming Edition packs a triple rear camera setup that includes a 64-megapixel primary sensor, an 8-megapixel sensor with an ultra-wide-angle lens, and a 2-megapixel sensor. On the front, there is a 16-megapixel selfie shooter housed in a centrally located hole-punch cutout.

There is a side-mounted fingerprint scanner and the Redmi K40 Gaming Edition is packed with a 5,065mAh battery with support for 67W fast charging. The phone comes with an L-shaped USB Type-C connector.