Redmi K40 Game Enhanced Edition is teased to have high-end gaming, along with stable performance and lower power consumption. 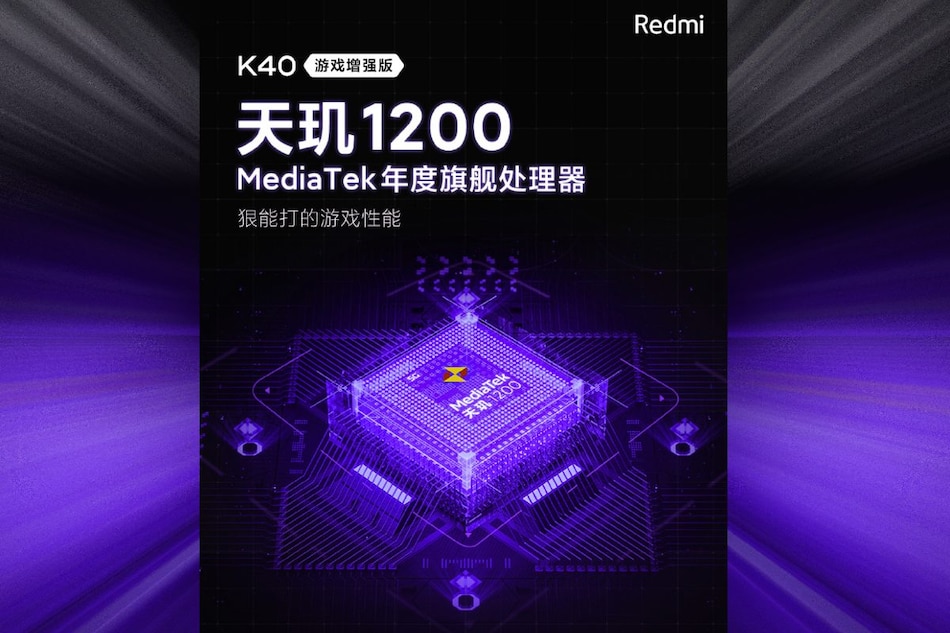 Redmi K40 Game Enhanced Edition will come with MediaTek Dimensity 1200 SoC, Xiaomi has confirmed the rumoured details on Weibo. The flagship chipset is based on 6nm process technology and includes support for an up to 200-megapixel camera. The upcoming Redmi phone is also teased to have an all-new heat dissipation system that is made of aerospace-grade materials. Separately, some details about the Redmi K40 Game “Standard Edition” have surfaced online that could come alongside the Redmi K40 Game Enhanced Edition.

Xiaomi has posted some teasers on Weibo to confirm the presence of the octa-core MediaTek Dimensity 1200 SoC. The company claimed that the new chipset will enable high-end gaming, along with stable performance and lower power consumption.

MediaTek Dimensity 1200 was launched in January, and it was debuted on Realme GT Neo in China in late March. Realme is also planning to launch its first Dimensity 1200-powered smartphone in India “very soon” that could just be Realme GT Neo.

In addition to the details about the chipset, Xiaomi has posted a teaser that shows Redmi K40 Game Enhanced Edition getting 724,495 scores on benchmark app AnTuTu.

The Redmi K40 Game Enhanced Edition smartphone will also feature the new heat dissipation system that is made of a low-dielectric and high-thermal conductivity material used in rockets. Further, the phone is claimed to have a thin and light profile and will debut with a TÜV Rheinland certification.

Xiaomi is hosting the Redmi K40 Game Enhanced Edition launch in China on April 27. Meanwhile, it recently revealed that the smartphone will include hidden shoulder buttons.

The benchmark app suggests that the unannounced Redmi phone has MediaTek Dimensity 1100 SoC, along with 8GB RAM and 256GB storage. The phone is also speculated to have a full-HD+ display.

Those who are interested will have to wait until next week to see whether Xiaomi is launching just Redmi K40 Game Enhanced Edition or also Redmi K40 Game Standard Edition alongside.