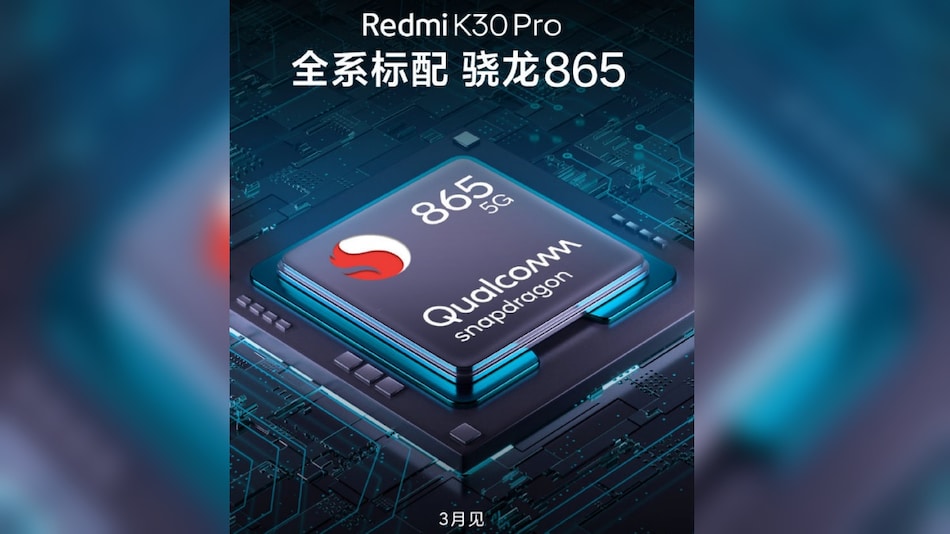 Redmi K30 Pro will soon debut as the next flagship smartphone from the Xiaomi sub-brand. A post shared on a micro-blogging website by Lu Weibing, General Manager of the Redmi Brand last month, confirms that the smartphone will be released at the end of March. Lu had previously revealed that the Redmi K30 Pro will be powered by Snapdragon 865 SoC. Weibing, however, did not specify the official launch date of the smartphone.

According to the post shared on Weibo, the upcoming Redmi K30 Pro is slated to launch between the launch conferences of the Huawei P40 series and Honor 30 series. Although it was earlier confirmed that Huawei P40 Series will launch on March 26, we are yet to get a confirmation from Honor on the launch date of their next smartphone. However, thanks to a slew of leaks, the Honor 30 series is expected to launch in April.

Given Xiaomi has already said that Redmi K30 Pro is arriving in March, we now anticipate the Redmi K30 Pro launch to take place sometime around end of March.

Last month, Weibing in a post had noted that Redmi K30 Pro will be powered by the latest Snapdragon 865 SoC which supports 5G. Redmi's General Manager is the same post had confirmed that the upcoming smartphone will have an improved camera performance, battery life, and smartphone experience. At the time, an official teaser also showed an uninterrupted frontal design of the smartphone. Unlike the pill-shaped hole-punch camera seen in Redmi K30 and Redmi K30 5G, the upcoming smartphone is expected to have a pop-up selfie camera to achieve that full-screen look.

The phone also is tipped to pack a 4,700mAh battery, but there is no word on fast charging output or support for wireless charging. Another report tips the presence of quad rear cameras on the Redmi K30 Pro, headlined by a 64-megapixel main camera, using the Sony IMX686 sensor. As of now, there's no word on the pricing of the upcoming smartphone by the Xiaomi's sub-brand.

Xiaomi Closes Its First and Only Mi Store in the UK, Coronavirus Not Responsible
Elon Musk Worries SpaceX Won't Get to Mars Before He Dies