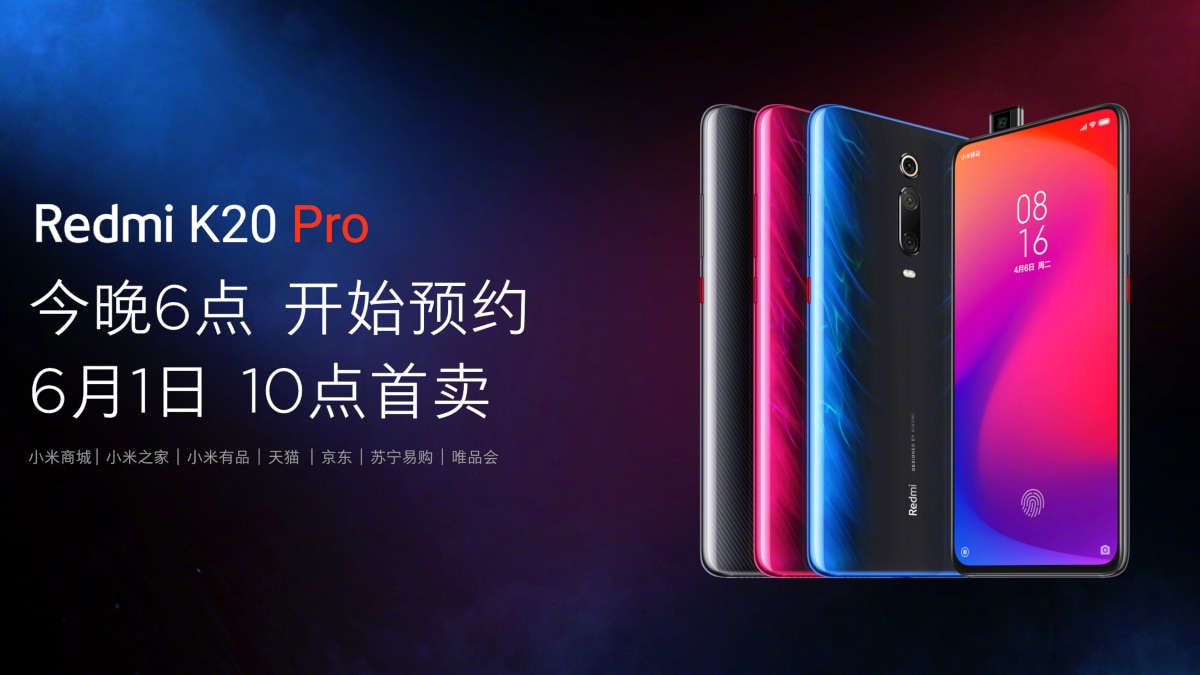 Redmi K20, Redmi K20 Pro smartphones are official. After months of speculation, leaks, and official teasers, Xiaomi's sub-brand Redmi on Tuesday unveiled the new Redmi flagship smartphones at a press event in Beijing. The new smartphones show how Xiaomi is doubling down on the Redmi brand, after spinning it off as an independent brand in the start of this year. The first smartphone lineup out of the Redmi brand – Redmi Note 7 series – have been a massive success for the company and on Monday, it had announced that over 10 million of the Redmi Note 7 series phones have been sold in just 129 days.

The new Redmi K20 and Redmi K20 Pro smartphones are the brand's attempt to capture the consumers who are willing to spend slightly more than a typical Redmi consumer to get flagship grade and premium experience. The phones will sit at the top of the brand's smartphone portfolio.

"Redmi K20 and K20 Pro use a nano-holographic technology to produce a unique flamed texture on its four-sided curved glass back," Xiaomi said in a statement. "The combination of 3D glass and extremely narrow frame gives the phone an incredibly comfortable hand-feel."

In addition to the Redmi K20 and Redmi K20 Pro smartphones, Redmi also introduced its first laptop in the form of RedmiBook 14.

Although there is no word on the India launch date of the Redmi K20 and Redmi K20 Pro at this point, Xiaomi's India boss Manu Kumar Jain has already revealed that the Redmi K20 (and possibly Redmi K20 Pro) will be arriving in the country.

Among other specifications, the Redmi K20 Pro comes with a 4,000mAh battery with 27W fast charging support, USB Type-C port, and 3.5mm audio jack. In terms of the connectivity options, you will get Wi-Fi 802.11ac, Bluetooth 5.0, GPS, and NFC on the smartphone.

Editor's Note: This report has been updated to add a new 8GB + 256GB variant of the Redmi K20, which was not announced by Xiaomi at the launch event, but is now listed on the company's official China website.