The Redmi K20 Pro currently maxes out at 8GB RAM and 256GB storage. 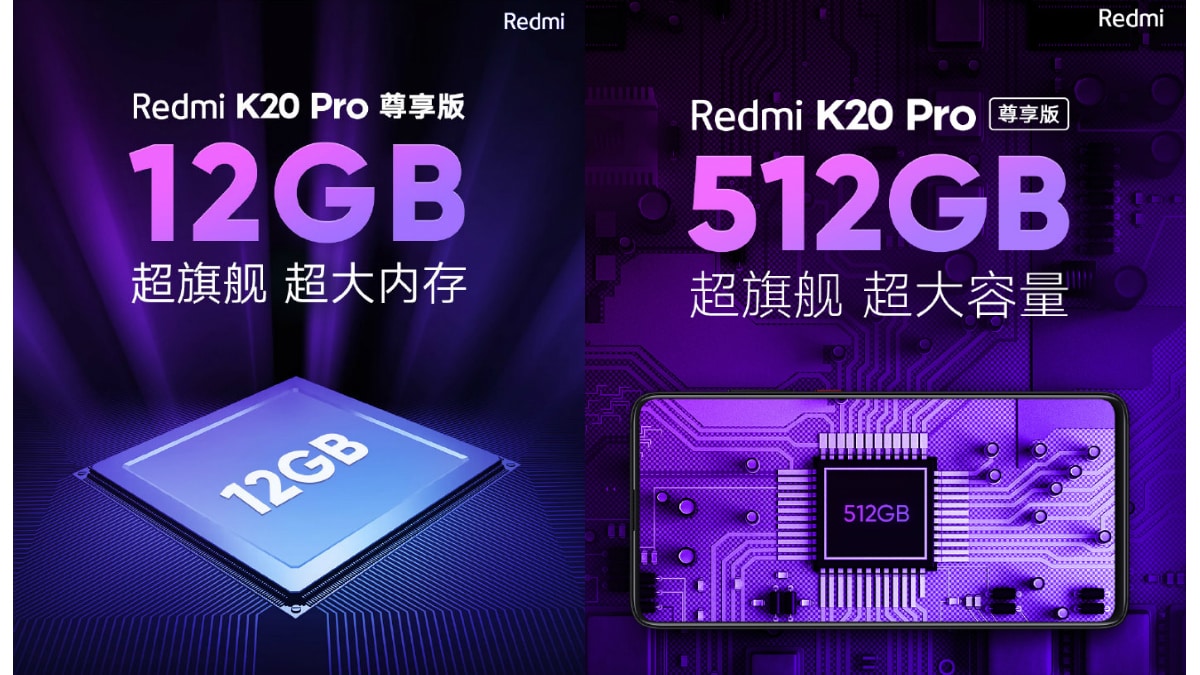 Redmi K20 Pro Exclusive Edition is all set to launch tomorrow, and now the company has confirmed that the new variant will offer 12GB RAM and 512GB of storage. This phone is already confirmed to be powered by the new Snapdragon 855+ SoC, and now it is confirmed to come with more RAM and storage as well. Separately, Xiaomi has also announced that the Redmi K20 series has sold 3 million units since launch, a momentous feat testifying to the success of the Redmi K20 and Redmi K20 Pro.

Xiaomi announced on Weibo that the Redmi K20 and Redmi K20 Pro sales have hit the 3 million mark worldwide. The company had announced in July that it had reached its 1 million mark, and now that feat has been tripled since initial launch.

The phone is also confirmed to be powered by the Snapdragon 855+ SoC. This new SoC is claimed to have a 15 percent faster GPU than the Snapdragon 855 SoC. The CPU performance boost is around 4.2 percent. All the other specifications of the Redmi K20 Pro Exclusive Edition should be identical to the Redmi K20 Pro. It should sport a 6.39-inch AMOLED full-HD+ (1080x2340 pixels) screen, pack an AI-powered triple rear camera setup that houses a 48-megapixel primary shooter with an f/1.75 lens, a 13-megapixel secondary shooter with a wide-angle lens, and a third 8-megapixel shooter with an f/2.4 lens. It should come with a 4,000mAh battery with 27W fast charging support, USB Type-C port, and 3.5mm audio jack.