Redmi K20 Pro owners have to be an active Mi Community member to be eligible for the programme. 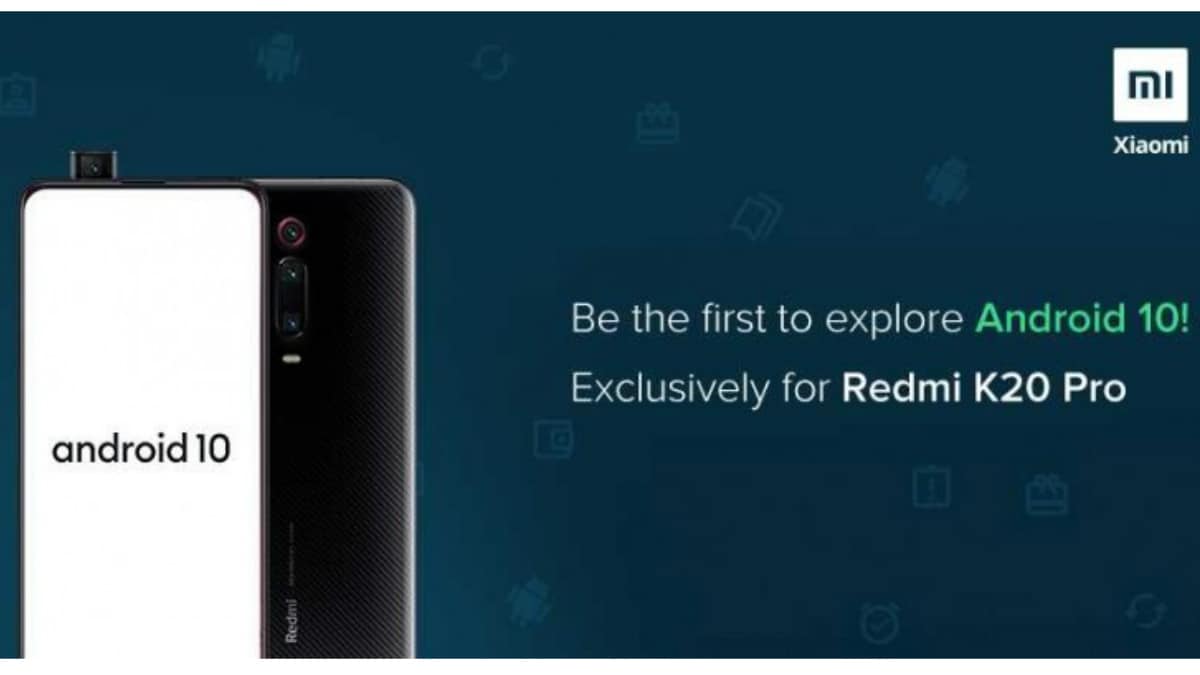 Xiaomi has announced the launch of the MIUI 10 Beta Program for the Redmi K20 Pro smartphone. As a part of this programme, the company is looking for the smartphone users to test the Android 10-based MIUI 10 operating system. The company is asking the Redmi K20 Pro owners to fill out a Google form, and the registrations will remain open till September 8. The results will be declared on September 11, and those who will get selected are entitled a special OTA update access, special user group called ‘Android 10 Tester' access, and more. Apart from owning a Redmi K20 Pro, the users must fulfil a couple of other criteria in order to be able to be eligible for this Android 10 testing program.

Redmi K20 Pro users interested to be a part of the Android 10-based MIUI 10 testing can register by filling up this Google form. Selection criteria includes that the user must be an active member of Mi Community in India, and his/her Mi Community ranking should be ‘Semi Pro Bunny' or higher. The registered user must follow the rules of Mi Community and not leak the ROM provided to him/her during the testing. The user also cannot post anything related to the ROM or team on social media, in other sections of the forum, or anywhere else.

Xiaomi says that the registered user must be proficient in his knowledge of MIUI and Android, and because he will be a special team member, he will be given a few major responsibilities that he/she needs to follow. The company notes that moderators, other special team members, Mi FC presidents can also apply for the program.

The selected users will be announced on September 11, and they will get an exclusive Android 10 tester medal, a chance to attend official launches for top performers, special OTA update access, and access to special user group named – Android 10 Tester. The Google form asks for details like your Mi Community profile link, Mi Community ID, Telegram app username, and more.

To recall, Redmi K20 Pro was launched in India last month and comes with features like a pop-up selfie camera, Snapdragon 855 SoC, triple rear camera, and Android 9 Pie-based MIUI 10. Xiaomi is already running an Android 10-based MIUI 10 beta programme in its home market of China.