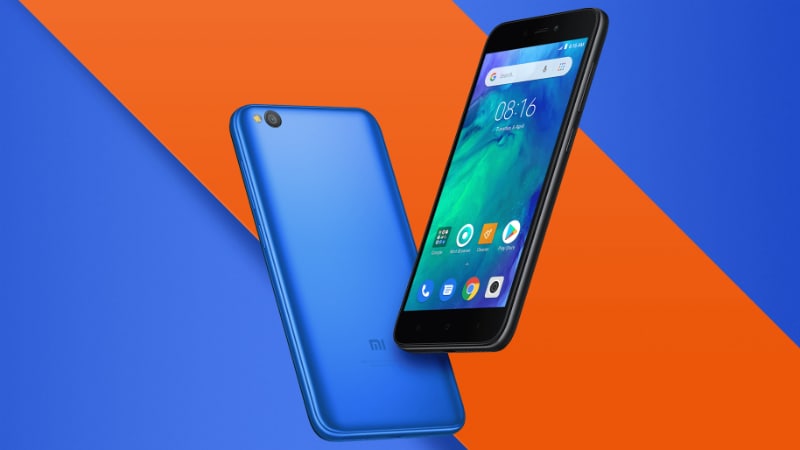 Redmi Go price in India is expected to be under Rs. 5,000

Redmi Go, Xiaomi's recently unveiled entry-level smartphone that's runs Android Go, is set to launch in India today at an event in New Delhi. The new smartphone debuted in January this year and is so far available only in select countries. Xiaomi is hosting the Redmi Go launch event at 12pm (Noon) IST today. The Redmi Go India launch event will also be live streamed. Highlights of the budget Redmi Go include a 5-inch HD display, Qualcomm Snapdragon 425 SoC, 1GB RAM, and 8GB onboard storage. The phone also runs Android Oreo (Go edition) and is expected to come with Google Assistant with support for Hindi, as per teasers released by Xiaomi.

Xiaomi will kick off the launch of the Redmi Go at 12pm (Noon) IST today. The event will be live streamed on the Xiaomi India YouTube channel, and a dedicated microsite on Mi.com has already been created. The microsite also mentions Google Assistant in Hindi and support for over 20 regional languages.

Xiaomi is expected to reveal the Redmi Go price in India at its launch event later today, and we can expect it to be Xiaomi's most affordable smartphone in the Indian market. The Redmi Go was launched in the Philippines at PHP 3,990 (roughly Rs. 5,200). This suggests that the new phone could come to the Indian market under Rs. 5,000 price bracket -- cheaper than the Redmi 6A that currently retails at Rs. 5,999.

The dual-SIM (Nano) Redmi Go is based on Google's Android Go programme that is specifically designed for budget smartphones. The phone features a 5-inch HD (720x1280 pixels) display with a 16:9 aspect ratio and 296ppi of pixel density. Under the hood, there is a quad-core Snapdragon 425 SoC, paired with 1GB of RAM and Adreno 308 GPU.

The Redmi Go has 8GB and 16GB of onboard storage options that both are expandable via microSD card (up to 128GB). Connectivity options include 4G LTE, Wi-Fi 802.11 b/g/n, Bluetooth v4.1, GPS/ A-GPS, and a Micro-USB port. There are also onboard sensors including an accelerometer, ambient light sensor, and proximity sensor. Besides, the phone packs a 3,000mAh battery and measures 140.4x70.1x8.35mm.